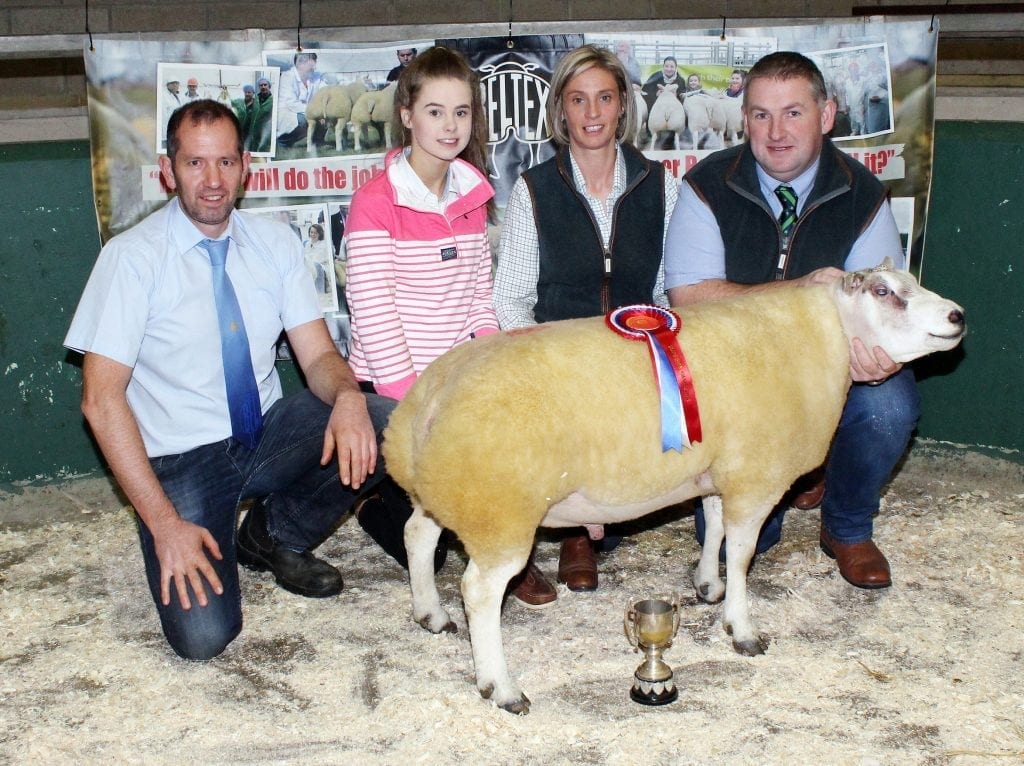 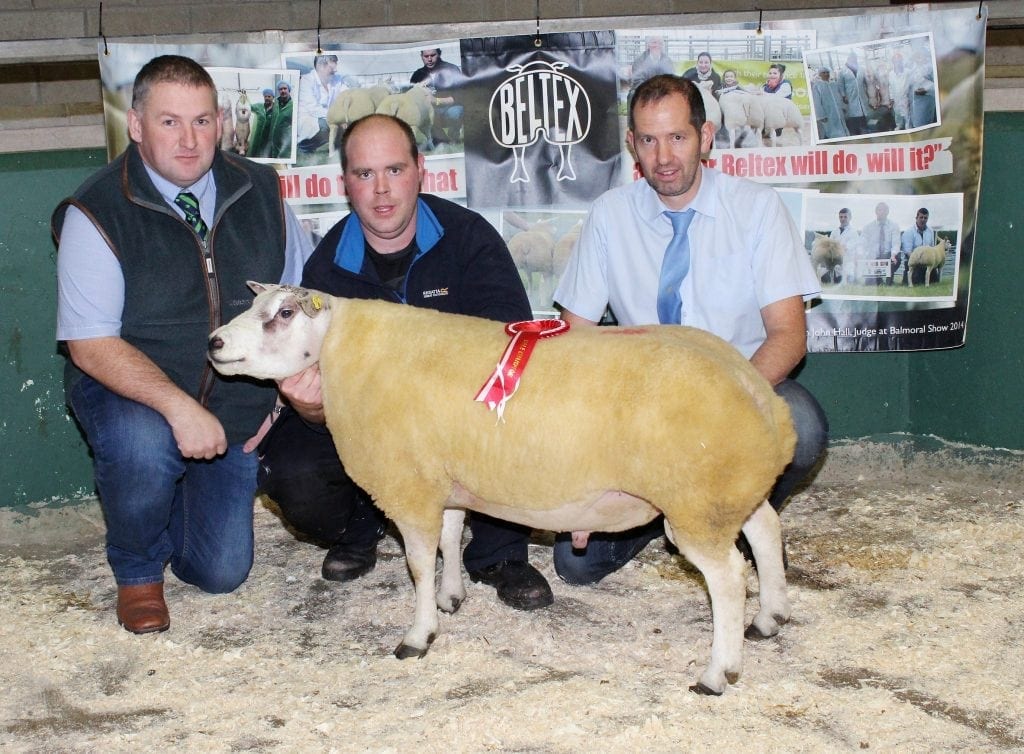 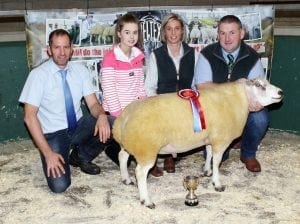 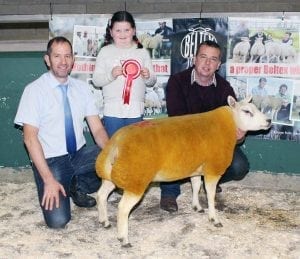 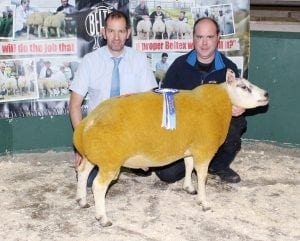 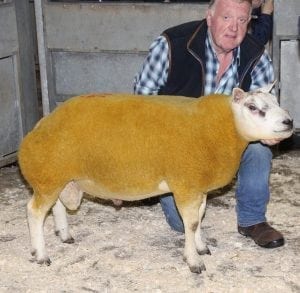 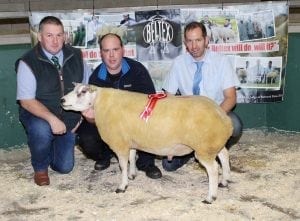 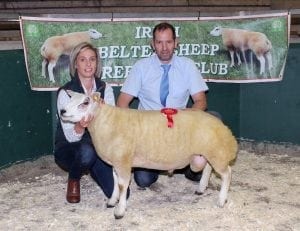 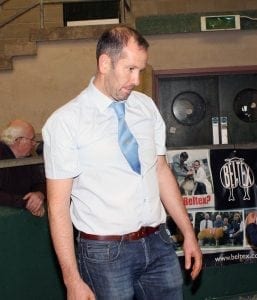 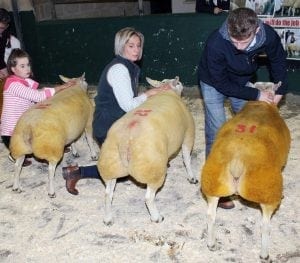 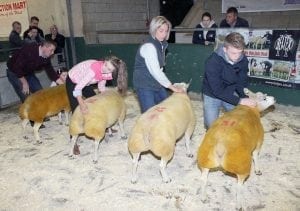 Lining them up in the Shearling Ewe class

It was a victory on ‘home turf’ for Omagh-based Beltex breeder Kenneth Preston as his Shearling Ram, Glenpark Crunchy Nut, Lot 8, was ‘tapped out’ as Supreme Champion at the Irish Beltex Sheep Breeders Club Show and Sale held at Omagh Auction Mart on Saturday, 22nd September.

“He has a smart head with a well balanced frame,” said John, who was making his debut as a Show judge. “He is a super sheep to handle with a heavy end connecting to a long, broad well-fleshed loin and strong shoulders.”

Glenpark Crunchy Nut, who was sired by Tiree AJ ET out of Glenpark Armani later went on to fetch top price on the day, 760gns with the purchase made by Richard Moore from Ballygawley

Kenneth Preston had further success on the day winning the Ram Lamb Championship with Lot 24, Glenpark ET and finishing in second and third places in the Shearling Ewe class with Lot 34, Glenpark Cero ET and Lot 32, Glenpark Care-Bear ET, respectively.

Described by judge John Donaghy as “another excellent ram”, Artnagullion Chris ET was sired by Ardstewart Blue Boy ET with the Dam being Artnagullion Tit.

760gns paid by Richard Moore from Ballygawley for the Supreme Champion, Lot 8, Glenpark Crunchy Nut, from the Glenpark Flock of Kenneth Preston, Omagh.

This was followed by 550gns paid for the Reserve Champion, Artnagullion Chris ET, Lot 14 by Mervyn Stewart.

Andrew and Jamie McCutcheon from Trillick had their two Ram Lambs sell for 400gns each – Bodoney ET, Lot 26 was sold to T & A  Gilmore with Bodoney Darwin ET, Lot 27, purchased by Alan Hurst.