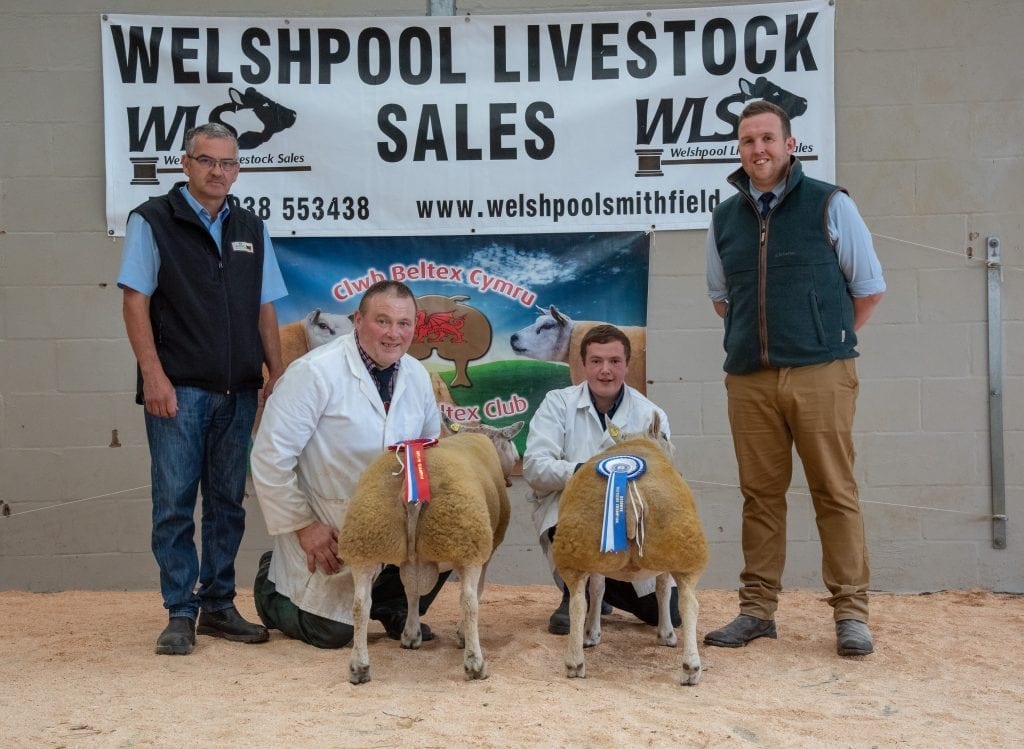 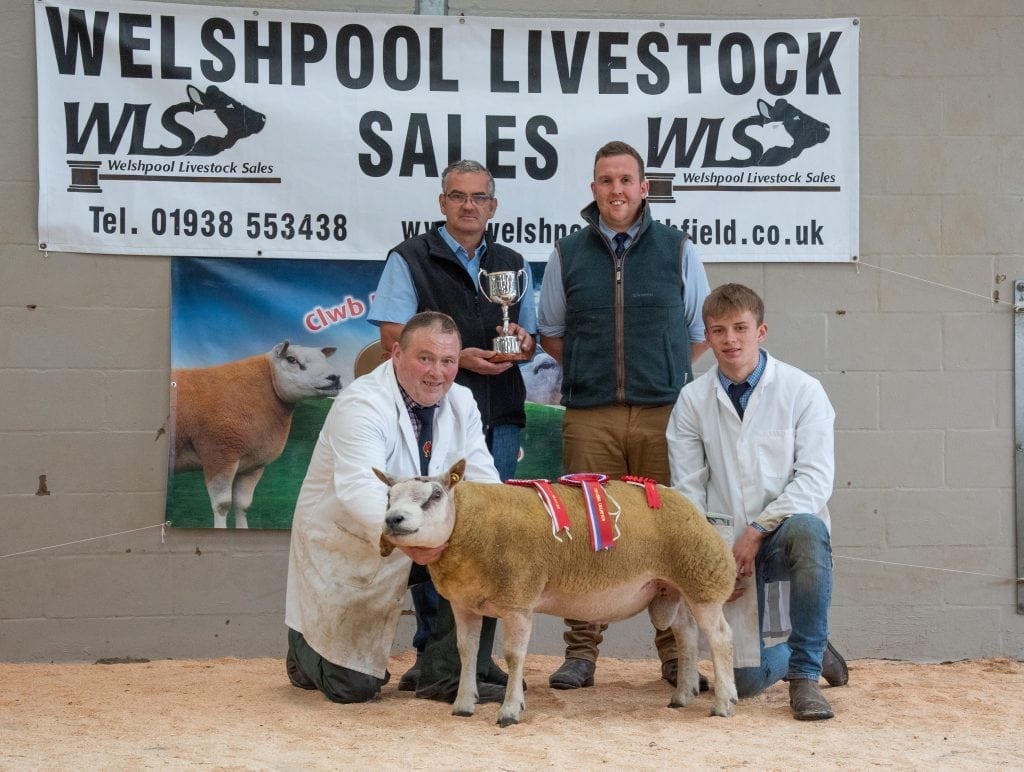 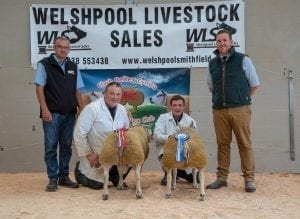 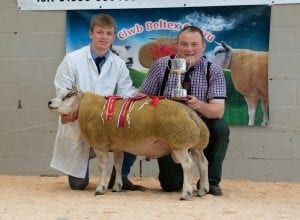 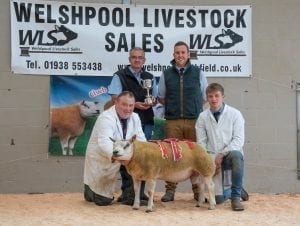 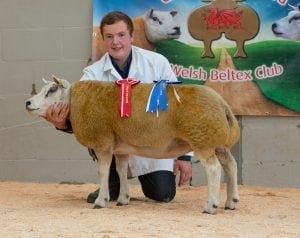 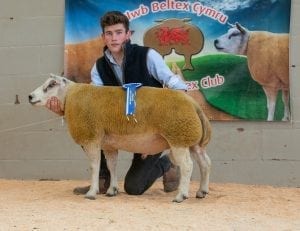 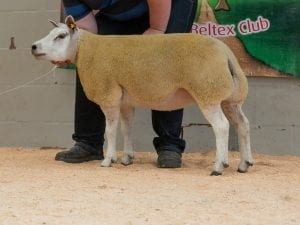 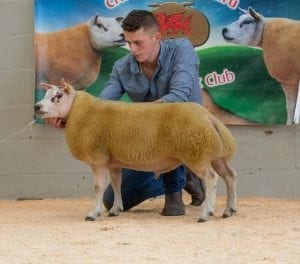 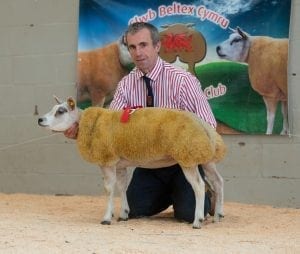 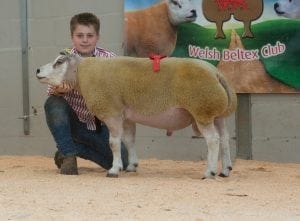 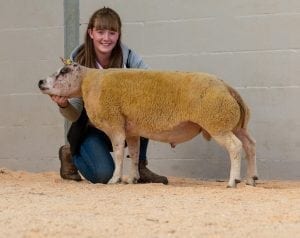 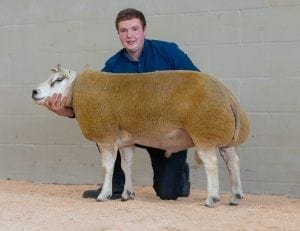 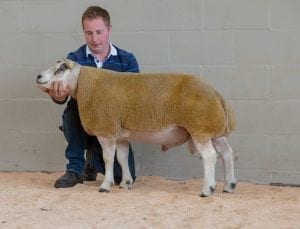 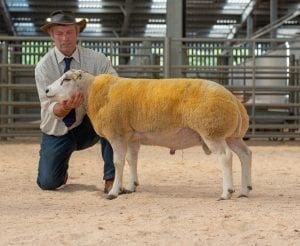 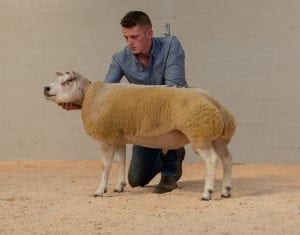 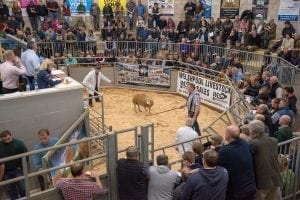 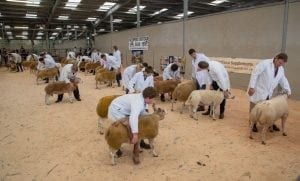 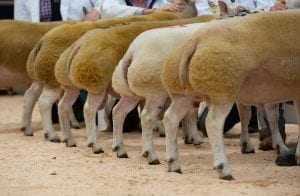 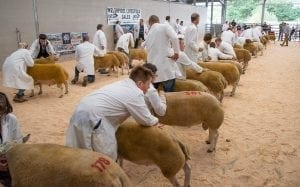 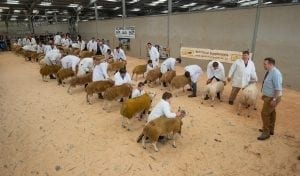 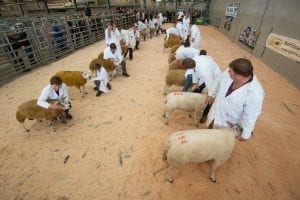 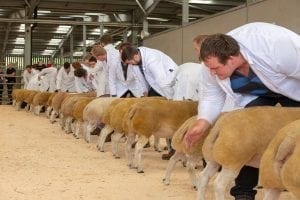 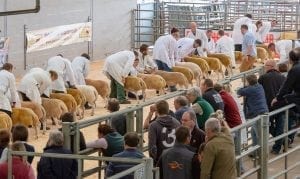 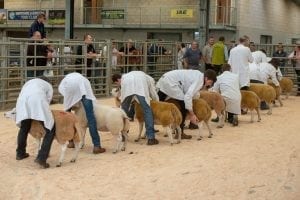 Beltex to 3100gns at Welshpool

Wednesday’s sale of Beltex at Welshpool saw a top call of 3100gns for a shearling ram from Paul and Christine Tippett’s Shifnal, Shropshire. This was Hackney Clipper a son of the 60,000gns Topflite Al Pacino out of a Scooby Doo daughter, with this one selling to A and M J Trafford, Keswick, Cumbria.

Following that at 2100gns in the shearling tups was Fronarth Challenger from Sion Jones, Pennant. Sired by Broughton Ale this tup is out of a Brickrow-bred dam by Clary Pacemaker and was taken by B L Griffiths, Kerry, Powys.

And making 1900gns was imported ram V/H Vrijbos from Rhys Francis. This one is by Y Bedol A-Tem and out of High Five V/H Vrijbos, a Dean V/H Vrijbos daughter. He was the pick of L R Morgan, Hendy, Swansea.

A 1700gns for another of Sion Jones’, Fronarth Class Act, then followed that, with this one being by Ballybrydie Winston and out of a Brickrow Topside daughter. He sold to W P and O Evans, Soar, Anglesey.

Selling at 1550gns was Dysynni Catch You Later from D Owen. He’s by Artnagullion Alfie and out of a Walkerdyke Titanic daughter. This one found a new home with E H Pennie and Son, Llandyssil, Powys.

Leading the ram lambs was a 1000gns call for Swffryd Danger from Aled Groucott. He’s another by the 60,000gns al Pacino and is out of Hackney Treacle, the 2017 Royal Welsh Show champion and a daughter of Ryder Rooney. He was bought by Aberdeenshire-based breed Stuart Wood, Skene.

Second top here was a 700gns bid for one from Rhys Francis, Crew Dragon. Sired by the imported sire Zorro, he is out of an imported dam and sold to I Jones, Maesybont.

And at the same money was Greenvale DJ from Aled Roberts. He’s a son of Straddlestone Carmichael out of an Artnagullion dam by Woodies Snoop Dog and was knocked down to Michael Owens and family for the Glantre flock.

A select entry of older rams was led at 1150gns by Cennen Benjamin from G J Williams and Co, with this one being homebred on both sides. He’s by Cennen Worcester and out of a Cennen Raymond daughter. He sold to Messrs Price and Rogers, Glasebury.

Topping the female prices was a 1650gns sale for a shearling ewe from Sion Jones’ Fronarth pen. This was Fronarth Catching Stars, an Airyolland Thunder daughter out of an Airyolland Slingshot daughter. She was taken by S M Bebb, Llanwddyn, Shropshire.

At 1100gns was a ewe lamb from D E M Jones and E M Roberts, Llangynin. A daughter of Withy Trees Alf, this was Cynin Debra. She is out of an imported dam and sold to Mark Jennings, Sellside, Cumbria.

A 950gns call followed for another of the gimmers, Stonedge Candle In The Wind from David and Matthew Prince. This Broughton Willie Wonder daughter is out of a dam by Orkney Something Special and sold to David Thornley for the Dooley flock, Derbyshire.