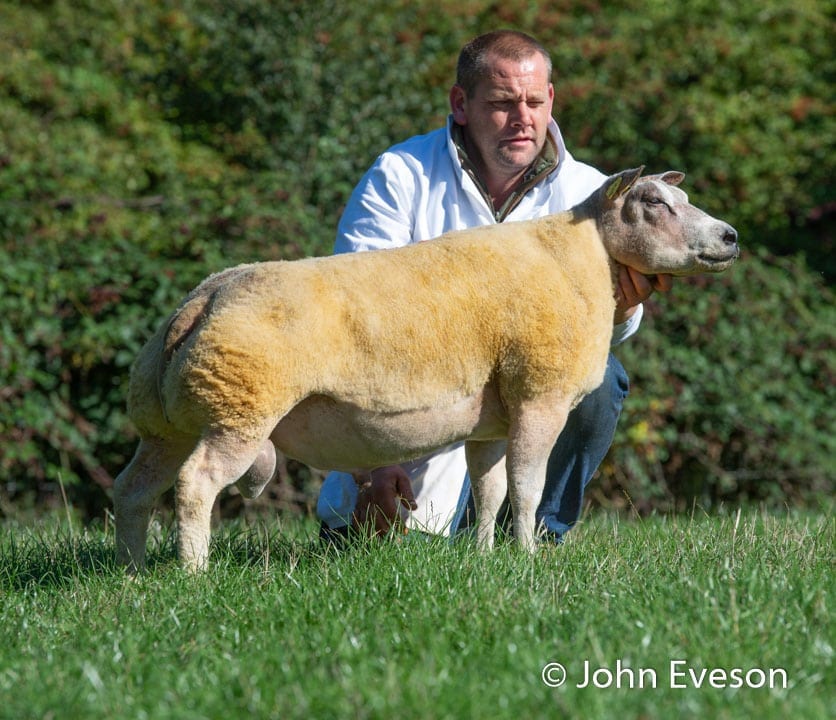 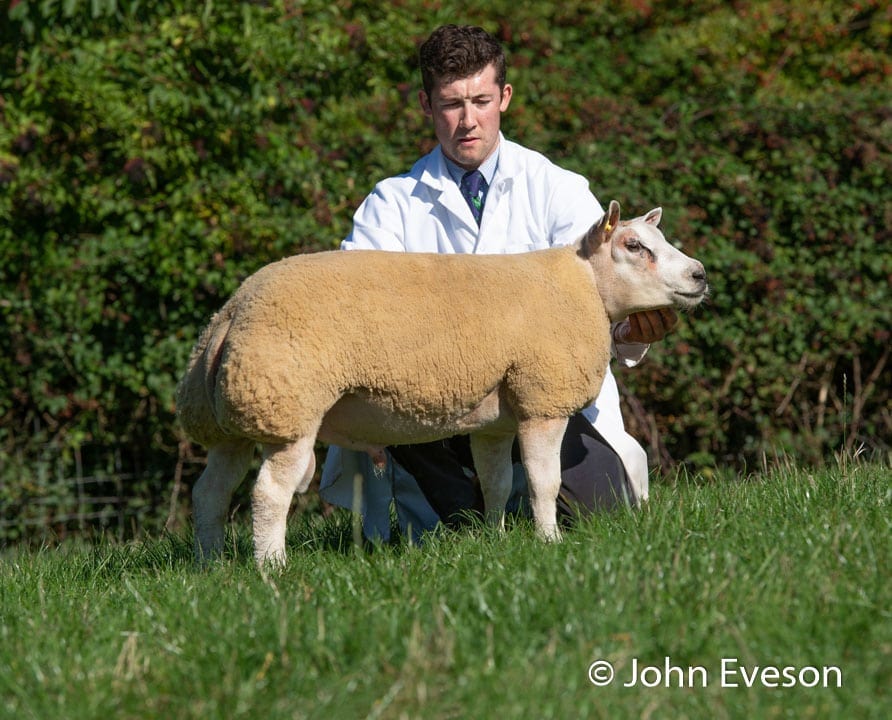 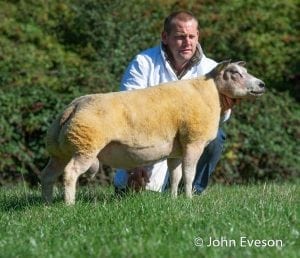 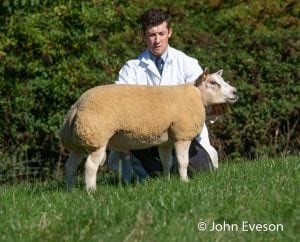 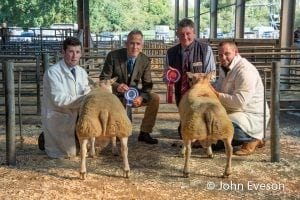 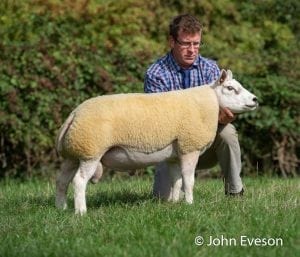 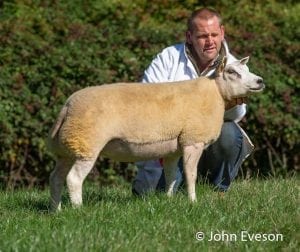 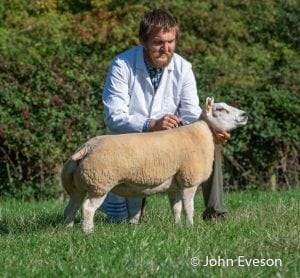 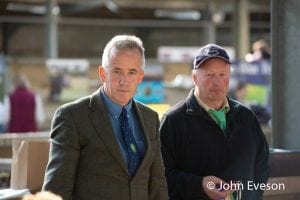 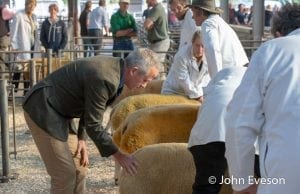 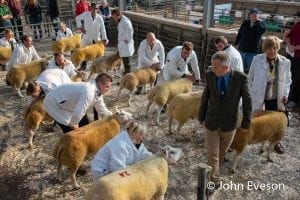 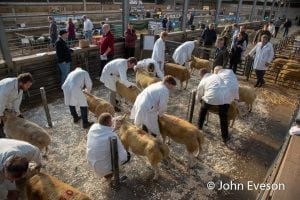 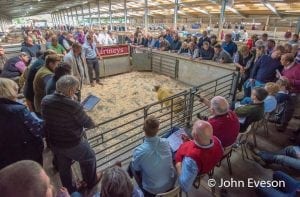 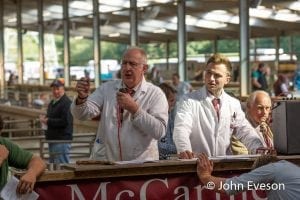 A shearling ram from the Jones family’s Munch flock, Monmouth, led the trade at Friday’s sale of Beltex at Worcester, when selling for 1400gns.

This was Munch Conker, a Clary Wheeler Dealer son out of a dam by Kingledores Scally Wag and sold to Cambridgeshire to join the Merton Hall flock of Evan Jones.

Second best of the day was an 1100gns call for Dooley Cael, a shearling tup from David Thornley which is by the imported Scooby Doo and out of a Dooley Pierre daughter. He was the choice of Windruch Farming, Bourton On The Water.

Next up at 930gns was a shearling tup from the Roots family’s Freckleton flock, Freckleton Cliff Hanger, a son of Hackney Trader out of a dam by Ballydown Playboy. He found a new home in Somerset with the Clatworthy family, Highbridge.

Close behind at 900gns was Raglan Commander from A M Evans, Usk. This shearling ram is by Bishops Brian and out of a dam by Llwynbrain Mallet and was knocked down to D M Blakemore, Bedford.

Then making 820gns was another from the same home, Raglan Count. This one is by Kingledores Apollo and out of another Mallet daughter. He sold to G D Thomas and Co, Marden, Hereford.

And just shy of that at 800gns was Freckleton Columbia from the Roots family. He is a son of Raglan Barnaby out of a Freckleton Kerron daughter and was taken by Messrs Addis, Ewyas Harold, Hereford.

Best call in the ram lambs was 780gns for Hackney Ducati from Paul and Christine Tippetts. This son of Kingledores Scally Wag is out of Hackney Wanda and sold to Gwynn Davies, Tregaron, Ceredigion.

And another lamb, Swffryd Diplo from Aled Groucott then sold at 750gns, with this being a son of the 60,000gns Topflite Al Pacino out of the 2017 Royal Welsh Show champion Hackney Treacle. He was the choice of Messrs Parry and Jones, Ffestiniog, Gwynedd.

In the females came a 650gns sale for Wilodge Coffee from Messrs Tippetts. This daughter of Topflite Al Pacino is out of an imported dam and sold to S Howell, Stourport-On-Severn.

Following her at 620gns was Dooley Collette from David Thornley, with this one being a Clovis V/h Groentenhof daughter out of a dam by Airyolland Watchman. She sold to Evan Jones, Cambridgeshire.

Then making 550gns was Silver Birch Cartier from J Cork. This gimmer is by Todhall Sumo and out of a Pacman daughter and was bought by Messrs Mutch, Witney, Oxfordshire.

And at 500gns was Munch Coco Puffs, a Clary Wheeler Dealer daughter out of a dam by Kingledores Scally Wag. She sold to the Clatworthy family, Somerset.