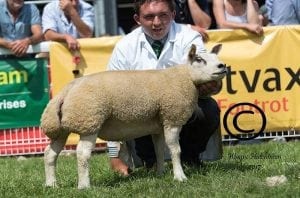 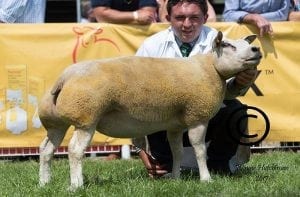 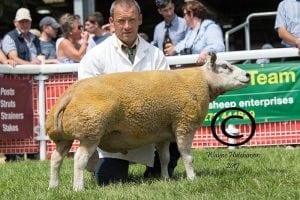 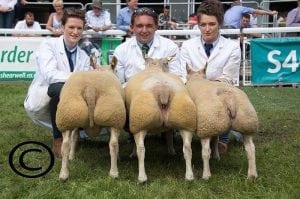 Louise Elsworthy travelled from the West Country to judge the impressive classes of Beltex at the Royal Welsh show she commented “the Beltex on show were excellent with quality throughout all the classes”.

Overall champion went to the female champion and first prize aged ewe Hackney Alpha from a delighted Aled Groucott and expertly shown by Holly Jones. The champion was bred by Paul Tippetts and Christine Williams being sired by Scooby Doo and out of a Hackney ewe.

Reserve overall champion was the reserve female champion the second prize aged ewe from the Smart Ass flock of Dafydd Owen this one sired by a homebred tup and out of a homebred ewe.

Reserve champion male was the first prize shearling tup from Rory Gregor this being sired by a Tercrosset tup and out of an Airyolland ewe.

First prize aged ram was Sundey Tarzan from Jilly McAree this was sired by a Whatmore tup and out of a homebred ewe.

A course worth attendingREMINDER ... our next practical First Aid Course for Farmers is on Tuesday 3rd March at Borderway Mart, Rosehill, Carlisle.
Both morning and afternoon sessions still available - to book your place t: 01228 406332 or e: safety@hhib.co.uk

Farm focused first aid is a practical training event on how to deal with life threatening incidents and accidents which may occur in/around a farm or forestry environment.

The training is delivered by qualified health care professionals registered with the HCPC and experienced instructors and casualty actors.

Price is only £100 + VAT p/person, includes refreshments and a certificate at the end of the course.

Well... the office can tell the Beltex Bulletin has been received as phone calls and emails from members about flock surveys, full registrations and DNA testing have been coming in. Final date for 2019 full registrations is the 28th February and DNA nasal swabs can now be requested through the online flock book. We look forward to lots of online notifications and lots of post...we hope!!!! ... See MoreSee Less