Robert West got his winter prime lamb competition season off to a good start at AgriFest South West, claiming the Supreme honours with his winning Weights Pair at the event at the Westpoint Arena, Exeter, on 4 November.

His winning duo, which tipped the scales at 39kg apiece, were sired by the Booden Cooper ram bought at Newark a few years previously, while their dams are three-quarter-bred Beltex ewes.

Lifting the Reserve Supreme ticket was the winning pair from the pure-bred section, a pair of ewe lambs from Louise Elworthy. This twins, named Fingle Gina and Fingle Gossip, are by Ainstable Epilogue and out of the home-bred Fingle Dandelion.

It was a good day, too, for Paul and Lin Calcraft who were Reserve in the Weights section with a Beltex-sired duo. Weighing in at 35kg, they were by a home-bred ram named Lapley Fernandes while their dams are Beltex cross ewes. 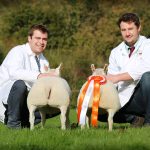 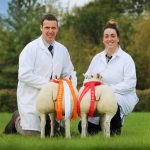 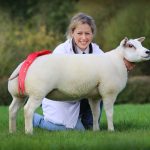 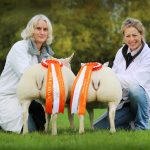