Adding to the celebrations from the Premier Meat Exhibition the previous week, the Hall family from Inglewood Edge went on to secure the Butchers’ and Supreme Championships at LiveScot, held at Lanark Auction Market on 26 and 27 November.

Their winning duo which had headed up the lightweight Beltex class were by the Faughhill El Capitan ram bought at Lanark last year that has already produced several prize winners for the family. They later went on to sell for £680 apiece.

Reserve Supreme went to the heavyweight Beltex class winners from John and Kirsty Guthrie, Cuiltburn, which had also landed the Reserve Butchers title. The father and daughter duo, who are always in the prizes, saw their winning pair sired by Mortons and Faughhill rams.

In the Saddle of Lamb competition, George Whyte from Lintibert claimed the Championship while Andrew Baillie, Carstairs Mains, was Reserve. 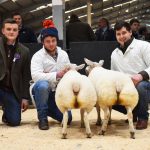 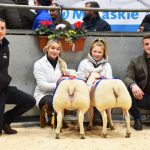 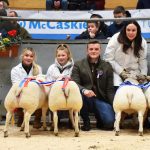 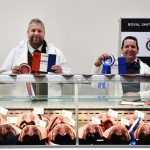