It was a good day for Beltex breeders at LiveScot when they secured the majority of the top awards on offer at Scotland’s winter primestock show at Lawrie and Symington’s Lanark centre.

Rising all the way to the top of the sheep section to claim a seventh Supreme Championship title and third in a row for R Hall & Son, Inglewood Edge, was the winning pair of lightweight Beltex-sired butchers’ lambs. Weighing in at 39kg apiece, this pair of ewe lambs shown by Jonathan Aiken and April Skelton were by an Orkney sire and later sold for £230 per head.

“They handled absolutely tremendously and were full of meat, just dynamite in your hands and as nice a pair as you’d hope to find – when I handled them in their class I knew I had something special,” said the judge of the sheep section, Brian MacTaggart, Douganhill. 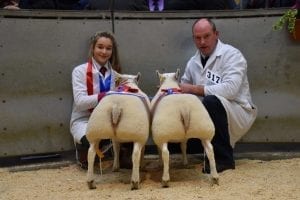 The first prize pair in the heavyweight class came from the same home and landed the reserve Beltex championship.

It was indeed a good day for young April Skelton as she secured the Young Handlers’ Championship having headed up the senior section, with second placed Rachel Baillie, Carstairs Mains, claiming the reserve title. 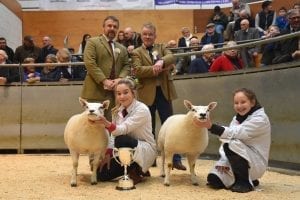 Not to be outdone, David Moir, of Home Farm, Cairness, won the Young Breeders’ class with his pair of Beltex-sired lambs.

The breed didn’t just shine in the live classes as the majority of the prizes in the carcass competition were also won by those with Beltex genetics. Best here was a saddle of lamb from James Frame, Blairston Mains, which was sired by McNight’s Captain Chaos and out of a Beltex cross ewe. It graded E3L and weighed in at 21.3kg. 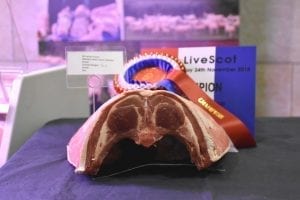 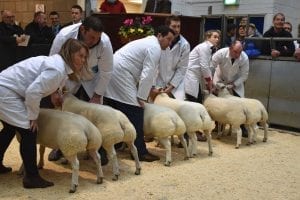 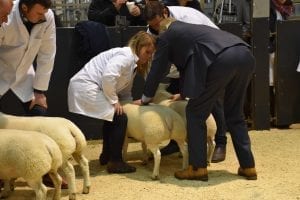