Beltex breeding was to the fore of the prime lamb classes at Countryside Live, held at the Great Yorkshire Show grounds on Saturday and Sunday, 19 and 20 October, when lambs by a Beltex ram secured the Supreme Championship.

Claiming the top spot having headed up the trimmed class was a 45.5kg duo from Ian and Mary Lancaster, and son Richard, from near Clitheroe, Lancashire. This reserve champion pair from the Great Yorkshire Show were sired by a Withy Trees ram bought at Skipton – which in fact sired nine of the Lancasters’ 12-strong show team which won a ticket in every class, as well as the champion lambs at Skipton’s Christmas show – and out of Beltex cross mothers.

“They’ve got fantastic length and style as well as great width over the shoulder and loin with gigots as full as you could wish,” said the judge, Michael Winchester, Senior Livestock Manager for Woodhead Brothers which buys lambs for Morrisons.

It was a good day for Martin and Val Brown, Leyburn, North Yorkshire, when they won the Reserve Continental title as well as Reserve Supreme honours with their native shortwool champions which were out of Beltex cross ewes. Their Reserve Continental duo tipped the scales at 47kg and were sired by Hall Crake Buccaneer, a private purchase which has bred many winners for the Browns, including the Yorkshire Show champions for the past two years.

Beltex genetics dominated the show with the top tickets in each of the seven continental or butchers’ lamb classes awarded to lambs sired by Beltex rams, while many of the other classes also featured Beltex breeding on the dam’s side. 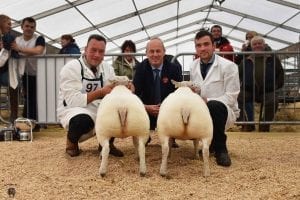 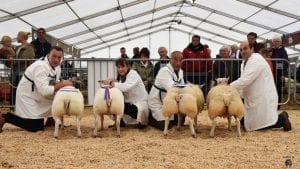 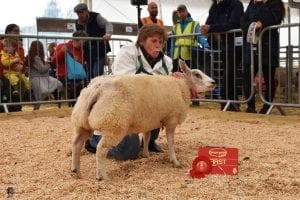 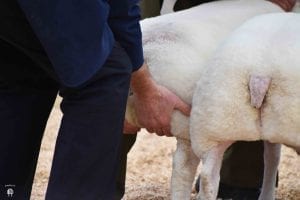 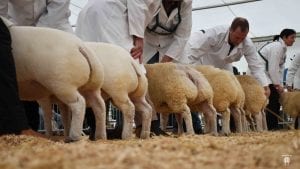