The Premier Sale at Harrison & Hetherington Mart 15 -17 August 2018 saw a new Beltex breed record set of 65,000gns for a shearling ram sold by Neale & Janet McQuistin of Newton Stewart. Their homebred entry, Airyolland Castro, a son of Airyolland Asulam and out of a homebred dam by Corstane Max. 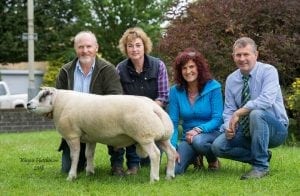 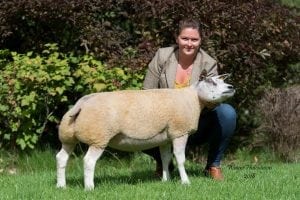 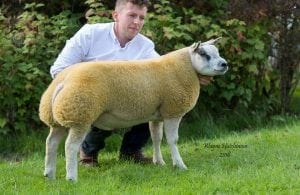 Supreme Champion Matt’s Ducati a Hackney Corker son from Matthew Burleigh, Co Fermanagh, this is the only and first ram lamb to be offered for sale of the multi award winning ewe Matt’s Actress went down for 10,000gns and few lots later came the second 10,000gn bid lamb, Clary Desperate, a Henry V/H/Vrijbos bred son from Jock Macmillan, Newton Stewart.

Please enter the Page ID of the Facebook feed you'd like to display. You can do this in either the Custom Facebook Feed plugin settings or in the shortcode itself. For example, [custom-facebook-feed id=YOUR_PAGE_ID_HERE].