The shows must go on!

Summer shows will be making a very welcome return this year and here’s a wee look at your judges for the major shows. 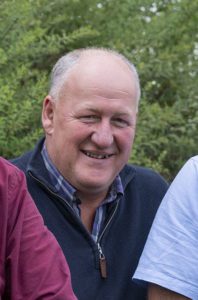 I along with my sons Jack and Tom run the Buckles and Broxty flocks of Beltex, numbering 120 & 25 in the respective flocks. We have been very lucky in our Beltex sale ring achievements holding the tup lamb record with Broxty Boxer at 25,000gns in 2016 and then again with Buckles Espresso at £30,000 in 2019. Also that year we sold Dark Dawn for 30,000gns, Dark Intentions for 11,000gns and Buckles Einstein for 12,000gns.

Having judged all over the country including the Royal Highland, Royal, Royal Welsh, Royal Cornwall, Three Counties and the Royal Norfolk, I am looking forward to adding the Royal Ulster to my CV. 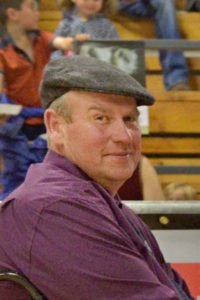 Jock McMillan, but some people may know as Ian. I have had my flock of Clary Beltex since 1991 when I got three ewes from the first import to Scotland from Belgium. I now have 50 ewes.

I always look forward to the Royal Highland Show and have been lucky enough to win it twice – last time in 2019 with Clary Delight. I am honoured to be asked to judge the Royal Cornwall Show. I will be looking for sheep that are true to type and correct. 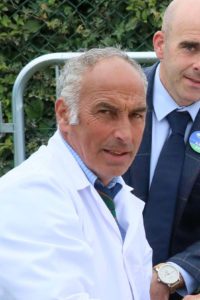 I’ve been using Beltex rams since 1995, which we put on the best Mule ewe lambs money could buy and kept the gimmers from those lines ever since.

Currently we have about 250 ewes of our own, both Mules and white-faced ewes for breeding butchers show lambs as well as rams for our own use and the odd one or two to sell, but lamb about 1600 ewes in total through contract shepherding.

We really enjoy showing butchers lambs and have won the Championship at the Great Yorkshire well into the teens, as well as Champion and Reserve a good five or six times. Plus we’ve won Countryside Live and been Reserve at the Borderway Agri-Expo three times.

We do well in carcase classes too but when it comes to judging at the Three Counties, I will be judging breeding sheep and they must have presence, style, character and stand well on four good legs. I like a true to type Beltex – when you stand behind them you should only be able to see the tips of their ears. A thin tail is also a must for me on breeding sheep and I look for a lovely head – if the head isn’t right then nothing’s right. 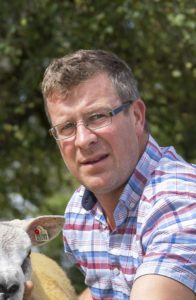 I started the Dooley Flock back in 2002 and now run about 50 females within a flock of 290 ewes of various pedigree breeds and ewes bred from retired recipient ewes which are always Beltex-sired.

I’ve been lucky to do well at shows and sales over the years, winning the Great Yorkshire twice and standing Reserve three times, and winning the English National at the Royal Three Counties.

Sale wise, selling Dooley Napal for 18,000gns was a highlight before selling Dooley Garnet for 16,000gns last year, but our first big price was Dooley Malik at 4900gns.

What will I be looking for on show day? I love to see a very good topline and fullness all the way to the backend with a great spring of rib. Personally, I’ve never tried to breed a posh head, a bit of breed character certainly but I’d never sacrifice other points for a fancy head.

Mobility is another important point as well as a correct mouth, and I don’t like my females over fat. I’m always looking for something I’d like to take home or that I wish I bred myself. 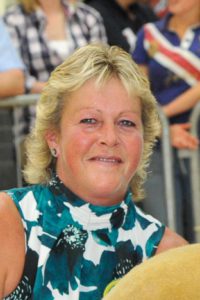 I feel very honoured to have been asked to judge the Beltex classes at the Great Yorkshire Show. It will be a great experience for me. We farm near Brecon, mid-Wales at 1000ft, having approximately 200 pedigree ewes of which 40+ are Beltex. I bought my first Beltex females in the early 90’s comprising of three ewes of which I purchased from the Carlisle Premier sale, which was the start of the Whatmore flock.

In 2010 I married top showman and shepherd Steve who also had the Llwynbrain flock of Beltex amongst other breeds. We then decided to merge the two flocks which then became known as the Whatmore flock. We then went on to breed Whatmore Ruby, who was Champion and Inter-breed Champion at every show she was taken to. It was then decided to enter her for the Premier Sale in Carlisle, where she went onto take the Supreme Championship and was later sold for 7000gns. What a ewe that was and what a day!! One that we will never forget.

We aim to produce Beltex tups for the commercial market, having loyal customers coming back year after year. The best will be sold to the pedigree breeder along with some females, the rest of females will then go into the Whatmore flock. We have also done well showing Beltex prime lambs, taking the Supreme titles at the Welsh Winter Fair and English Winter Fair on numerous occasions.

On the day in question I shall be looking for as near perfection as I can get – conformation, hard muscling, head with character, good mouth and skin, and finally locomotion – a must for a Beltex. Most of all I will be looking for a sheep that I would like to take home with me. I shall very much look forward to meeting you all and hope you all have a lovely day showing. 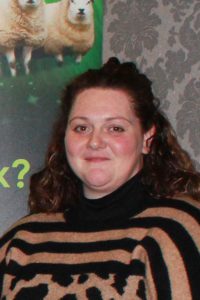 My flock prefix is Artnagullion Beltex. I began my flock in 1996. We generally run around 40-50 breeding females.

It is an honour to be asked to judge the Royal Welsh Show, and one which I am really looking forward to, especially as my father and brother have previously judged at this prestigious show and both enjoyed it immensely.

My showing highlights have firstly got to be winning Balmoral Show on various occasions, and also winning the Inter-breed Group of Three and Pairs with all exhibitor-bred sheep. 2013 was a year that sticks in my mind as we won the Inter-breed sheep at Bamoral, but had three junior cattle in the Beef Junior Inter-breed, with the Limousin heifer taking the overall title. Also winning the Beltex sheep at the Highland and Carlisle Premier have to be two further highlights.

What will I be looking for in a Beltex sheep? As most will know I like a bit of size and power in my sheep, with a tight skin and a bit of character about them, but they must be able to move.