Claiming the Continental/Down Championship before going on to stand Supreme Champion at the Borderway Agri-Expo on Friday, 1 November, 2019, was a pair of 49.5kg lambs from Jamie and Richard Jerman, from near Brilley, Herefordshire. The duo were both by Hackney Champ which sired their Reserve Supreme pair at last year’s Welsh Winter Fair, and out of Beltex-bred ewes. The brothers also won the single lamb class with a similarly-bred ewe lamb which was in fact a full sister to their successful Welsh Winter Fair duo last year.

“As soon as they came in I knew they would be winning. They look great but when you handle them they’re just wow,” said the judge, Gregor Ingram, of Logie Durno, Pitcaple, Inverurie.

“One of the main things I was looking for was a good top back with with a well-fleshed should and good fat cover. A big gigot is not the be all and end all, and the fat cover at the shoulder is what split the top end from the bottom end,” added Mr Ingram.

Reserve in the Continental/Down section went to the winning pair from the Young Farmers’ class from April Skelton, Dalston, Carlisle, brought out with help from Kenza Bindloss. This 42kg duo are by the Orkney ram that bred the winning pair at LiveScot last year, while their dams are three-quarter Beltex. 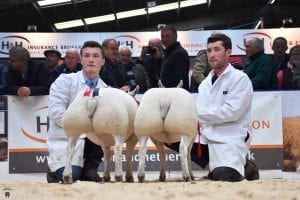 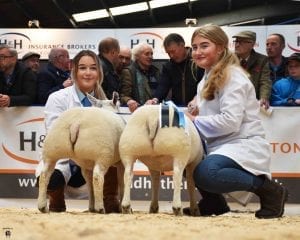 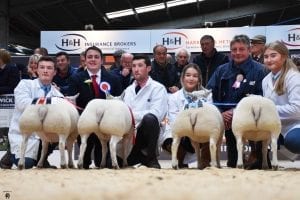 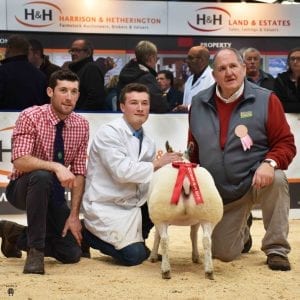 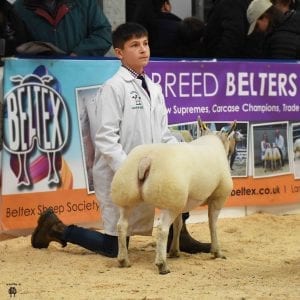 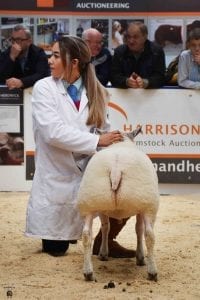 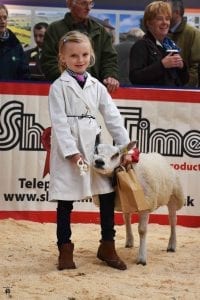 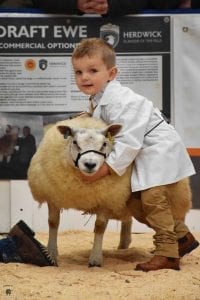 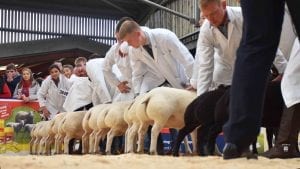 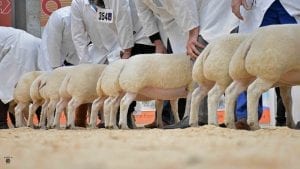