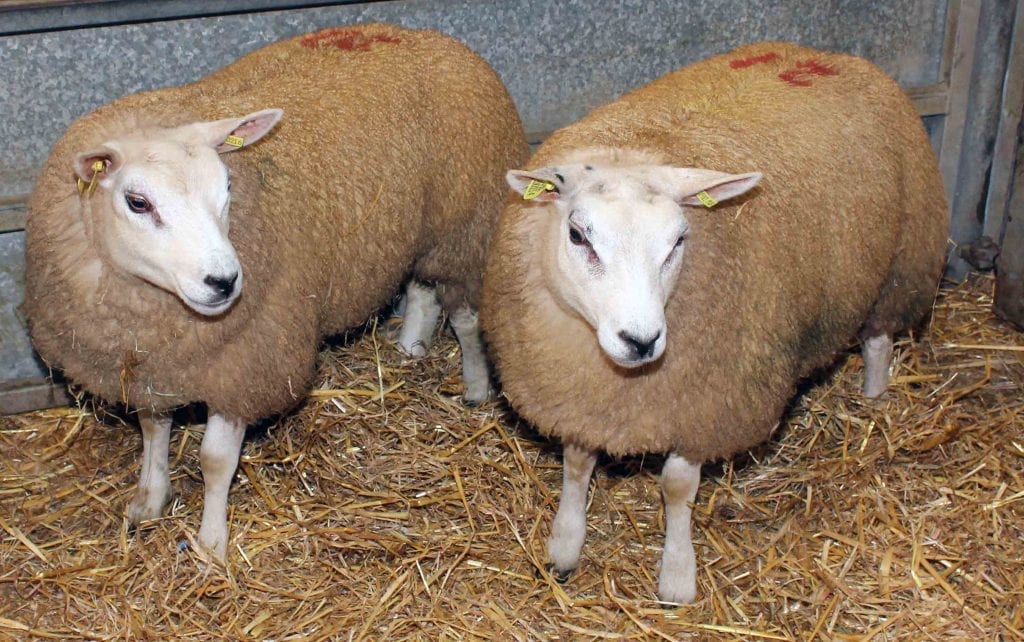 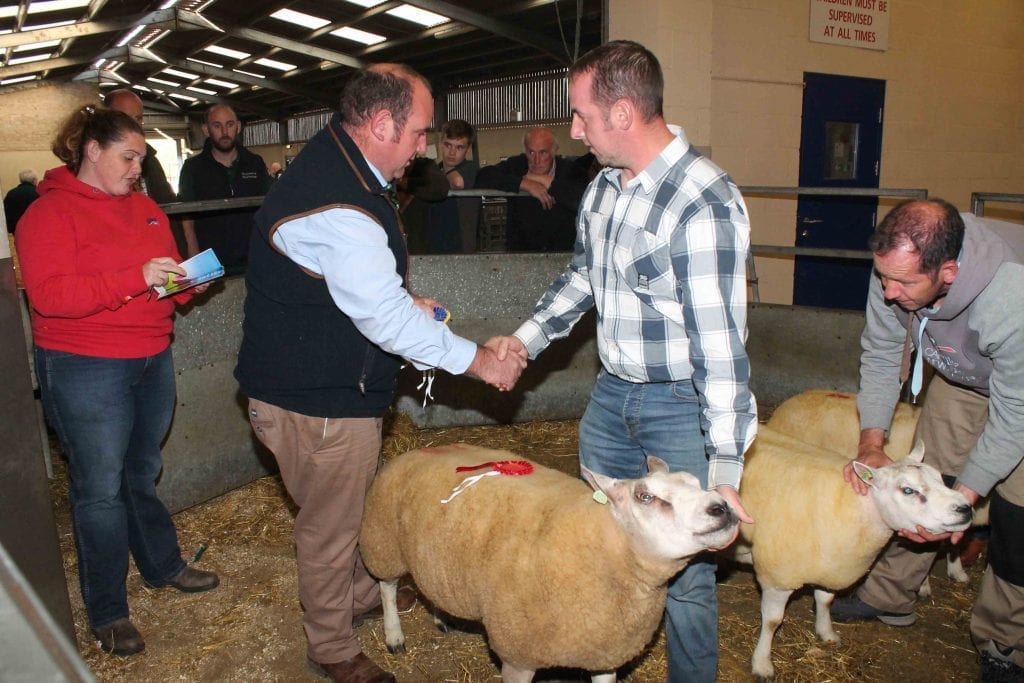 It was a case of  “Supreme Delight” for Beltex show debutants, Allen and Vicky McFadden, when their shearling ram, Ashley Diesel, was tapped out as Supreme Champion at the Irish Club Show and Sale held at Ballymena Livestock Market on September 16.

Hailing from Banbridge, Allen, who attended the show and sale with his father-in-law, Alan Dawson, was absolutely delighted with the result.

Judge, Seamus Kelly, from Omagh, then selected Lagyveagh Dazzler, a shearling ewe from the Glenarm-based Lagyveagh Flock of Hugh and Eddie O’Neill as Reserve Champion.

The Supreme Champion, described by judge, Seamus Kelly, as “a good big stretchy sheep and a fine example of a Beltex ram”, was sired by Bonecastle Cameron and is out of Lagyveagh Wild Rose.

The Reserve Champion, described by Seamus as “a smart sheep with a good body – very true to type”, was sired by Kingledores Alfonso ET with Van’t Hoveke the dam.

Allen McFadden added to his success by winning the ewe lamb class with Ashley Ella.

“For a small show the overall standard was high – the quality was there,” concluded Seamus Kelly.