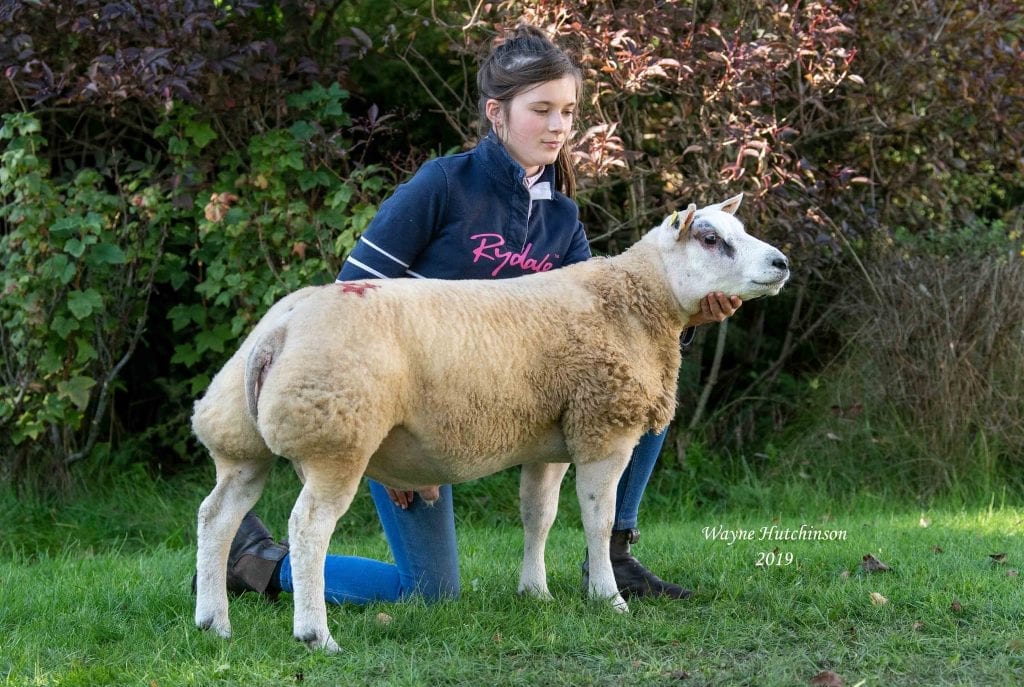 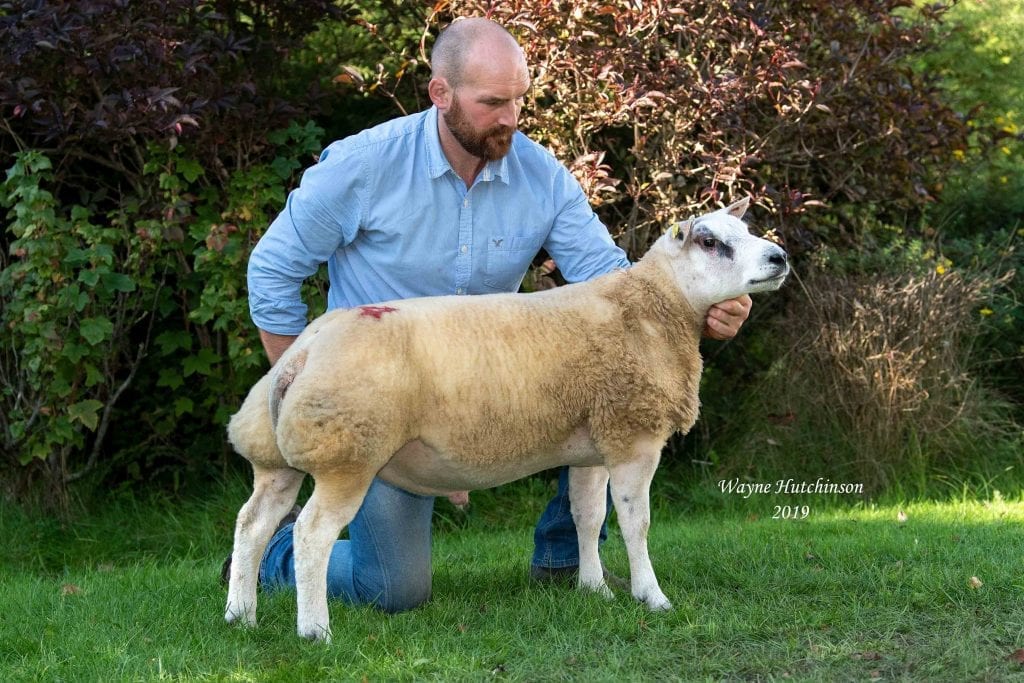 RAM lambs met the best of the trade at the Beltex Sheep Society’s second sale at Harrison and Hetherington’s Borderway Centre on Saturday, 28 September, when they improved by £100 on the year for more sold and topped the entry at 3200gns.

Selling for that top price was Rosie Boden’s third prize ram lamb, Mellor Vale Emporer, from her flock near Stockport, Cheshire. Sired by the 11,000gns Clary Cosmos and out of the Airyolland Weapon daughter, Mellor Vale Coco Chanel, Emporer caught the eye of Andrew and Claire Wood who will put him to work in their Withy Trees flock near Whittingham, Preston.

Sticking with the male entries and the second highest price of 1700gns was paid for Richard Wood’s Kingledores Emperor ET, from Tweedsmuir, Biggar, this time by Bailey Brook Chief and out of the Kingledores Wigglesworth-sired Withy Trees Buttercup. This Emperor heads to Northern Ireland with Edward and Shirley Nicholson of the Derryouge flock, Kikeel, County Down.

At 1100gns when sold to J Frankland, Bankwell Road, Giggleswick, was Matthew’s unnamed February-born embryo lamb. This time by Matt’s Defender, he is out of another Hackney Warrior daughter in the shape of Matt’s Atomic.

And making 1000gns was the Reserve Male Champion of similar breeding to the first from Matthew Burleigh. Selling to David Thornley for the Dooley flock near Hartshorne, Swadlincote, this Hackney Download son is out of Matt’s Archangel, a Hackney Warrior daughter.

Two shearling rams sold for 1000gns apiece with the first being John Robinson and Hayley Mackey’s Mackro Diesel from the flock at Ballywalter, County Down. Heading to the Isle of Arran to the Bellevue flock of D and A Currie, Diesel is by a Belgian-bred V/H Groentenhof sire and out of Glenkeen Windmill.

Matching that 1000gns was Belvoir View Dark Diamond, an entry from Henry Jewitt, Romaldkirk, County Durham, but bred by Richard and Rachel Sharp. Bred from Corra Agnes, he is by Belvoir View Apple Jack and was knocked down to JG Richardson, Bewaldeth, Cockermouth.

Shearling ewes met a strong demand to improve by more than £150 on the year and it was the pen from Jeff and Sue Wilkinson’s Langlands flock from Barningham, Richmond, that led the trade, with the offering of six Langlands gimmers cashing in to average £1312.50.

Their topper at 2500gns was their first in, Langlands Diva ET, a Smart Ass Alfie daughter bred from the Glenkeen Sanders-sired Kingledores Bright Eyes. Diva heads to Barras, Kirkby Stephen, with Kevin Buckle and sons, Jack and Tom, for their Buckles flock.

Matthew Burleigh then paid 1200gns for the Female Champion and Reserve Supreme, Langlands Destiny ET. This lass is out of Langlands Ample, a Lyonpark Thrust daughter, and sired by Cromwell Cadillac.

Another Cromwell Cadillac daughter, Langlands Darling, then sold to Tecwyn Jones for his Seisog flock, Nebo, Llanrwyt, for 1000gns. Her dam is Woodies Whats the Story.

The dispersal of Allan Jackson’s Headlind flock from Kirkfieldbank, Lanark, peaked at 900gns when Tecwyn Jones paid that for Headlind Contess ET. Sired by Callacrag Wise Crack, she is out of a V/H Groentenhof Belgian ewe.