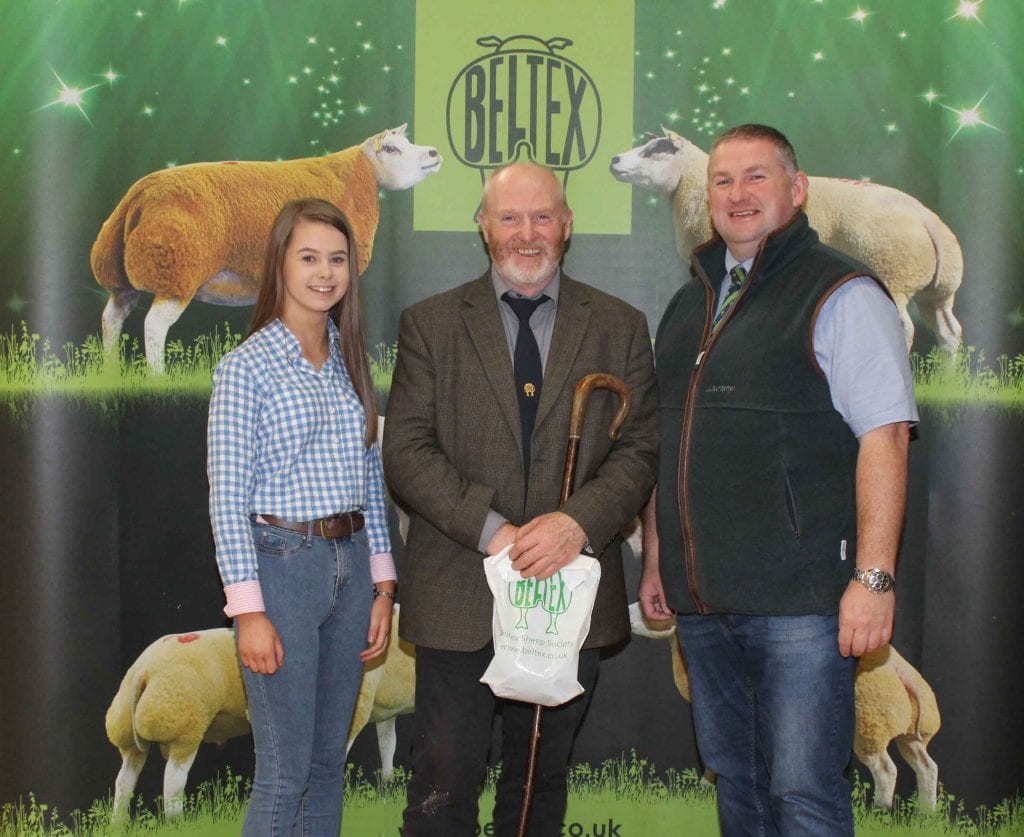 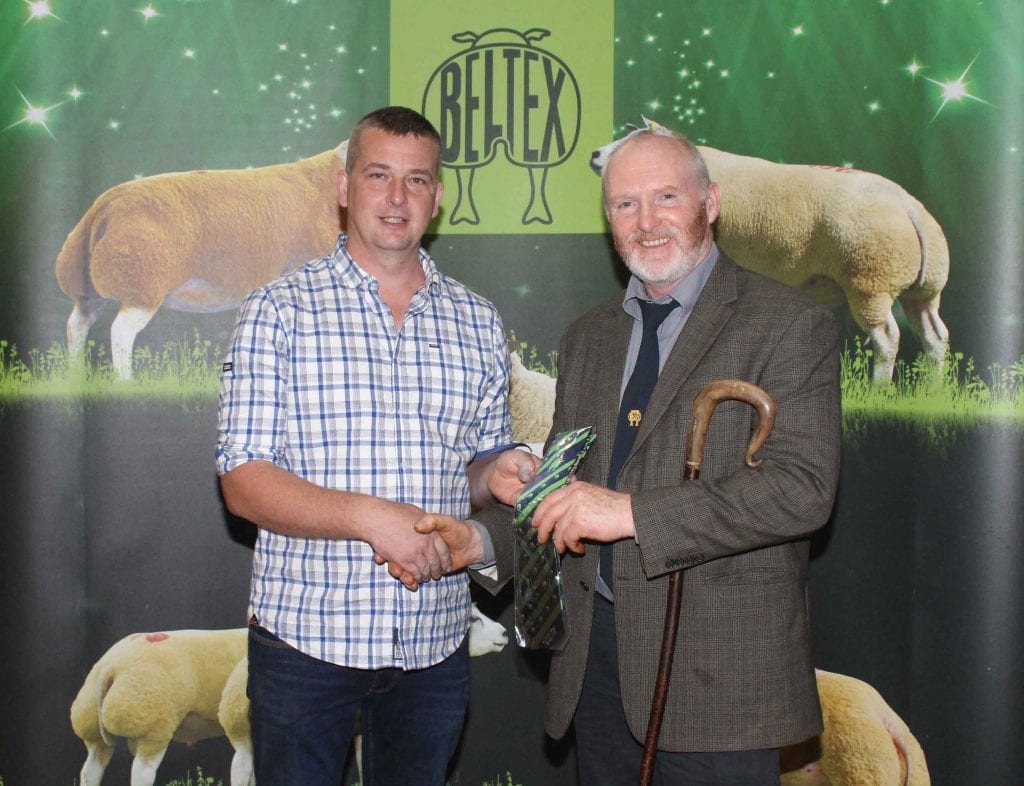 Sired by Hackney Wonderboy and out of Matt’s Www, judge, Neale McQuistin, Airyolland, Newton Stewart, said he simply couldn’t go past “the scale of his chosen Supreme Champion and the muscle development on him”.

Runner-up to Clary Testify ET in the aged ram class was Seamus Kelly’s Finlough Code while runner-up to Matt’s Don Juan in the shearling ram class was Derryharney Dale ET, owned by Andrew and Jamie McCutcheon. The father and son partnership also took third spot in the Shearling Ram class with Bodoney Dimitri.

Andrew and Jamie McCutcheon, who are from Trillick, had further success in the ram lamb class coming out on top with Bodoney Exceptional. Sired by Woodies Dominator ET the dam was Bodoney Chloe ET.

The McCutcheons also finished runner-up in this class with Bodoney Epic, which was sired by Kingledores Wolfman ET and out of Bodoney Charlette ET.

The shearling ewes class was won by Lisnaskea-based Alan Burleigh’s Derryharney Daffodil ET, which went on to be named Female Champion. Sired by Kingledores Apollo ET, the dam was Matt’s Automatic.

Alan Burleigh also finished in second place in this class with Derryharney Diana ET, sired by Jewitt Cracker Jack ET and out of Langlands Angela ET.

Judge Neale McQuistin described the overall standard of the Show as “excellent”.

“There seems to be good camaraderie amongst the breeders, which is great to see,” said Neale.

Top price on the day was 1,000gns. This was paid for Alan Burleigh’s Female Champion, Derryharney Daffodil ET, and for Munreary Diamonds are Forever ET from Patrick Brolly, Claudy. Both shearling ewes were purchased by Zara and Leah Preston’s Reaghan Flock, Omagh.

A price of 900gns was also paid for Andrew and Jamie McCutcheon’s ram lamb class winner, Bodoney Exceptional. The purchase was made by Lorna Stubbs from Lisbellaw.