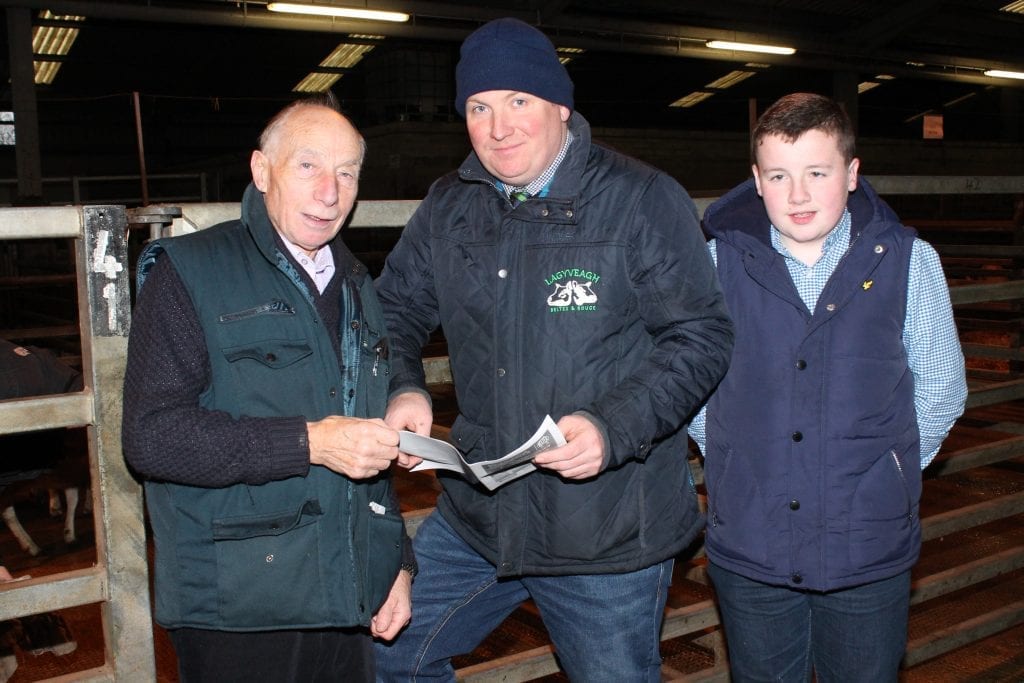 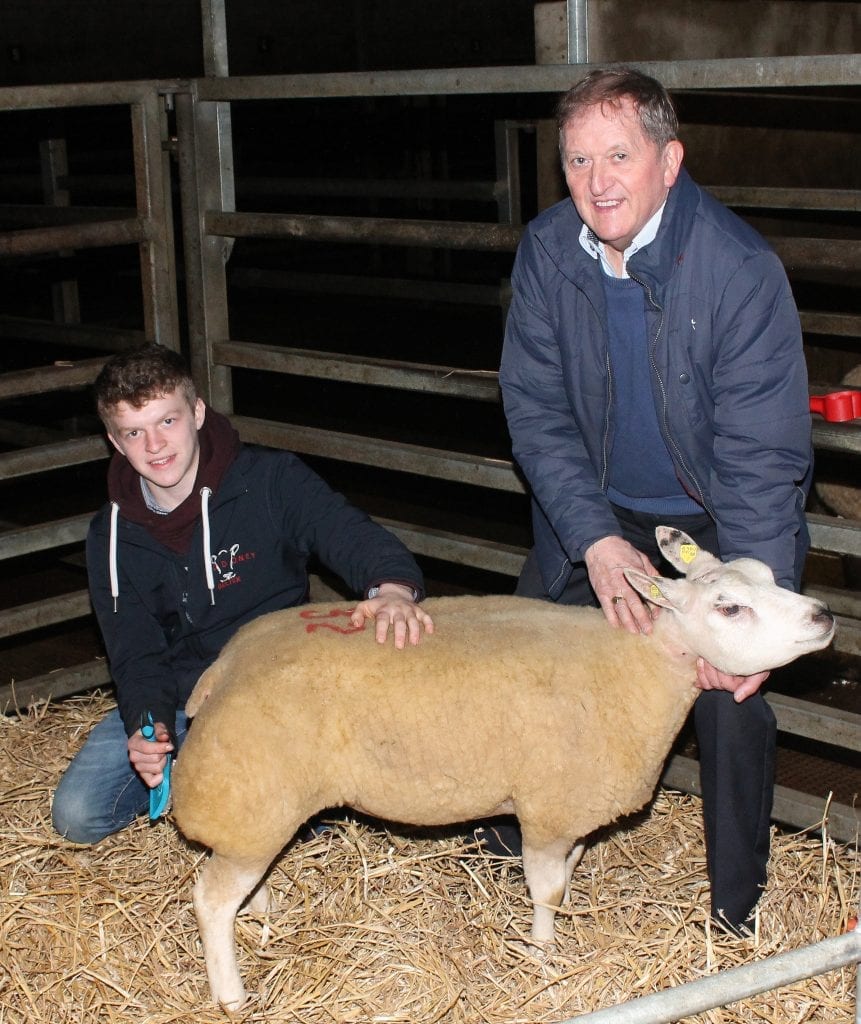 Sired by Atnagullion Billy Ray and out of Artnagullion Porsha ET, the Supreme Champion was served by Belvoir View Dusty back in September and had scanned for twins.

Commenting on the Supreme Champion, judge Stephen Mulvey from Dunboyne, County Meath, said: “She had good power and good length and is very correct in terms of Beltex.”

“She handled as well as she looked,” he added.

Third place in the Aged Ewes class went to Rathbone Bluebell, Lot 26, from A Murray & Son.

The export sale of MV Accredited and Scrapie Monitored Pedigree Female Sheep comprised of 20 Shearling Ewes, seven Aged Ewes and 12 Ewe Lambs and was carried out under the auspices of the Beltex Sheep Society and the Irish Beltex Sheep Breeders Club.

Into the sales ring and top price on the day was 1,300gns which was paid by Joe Hargroves from Portlaise, County Laois, for the Supreme Champion, Artnagullion Diaz ET, Lot 4.

The McAllisters also had the next best price on the day, 700gns, which was paid by Hugh O’Connor from County Meath for Artnagullion Dot, Lot 5.

Thanks to Alan Baillie, Incorporated Images, for the report and photos.