No show but plenty of interest and a good sale at the Irish Beltex Sheep Breeders Club Bank Holiday sale at Dungannon Farmers’ Mart. 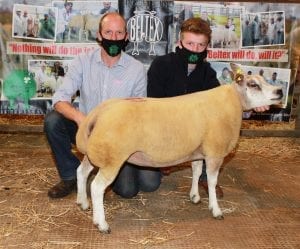 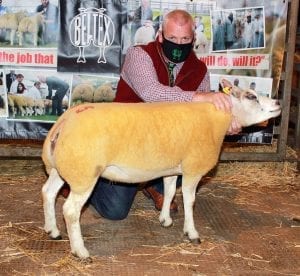 This was followed by 520gns paid for Lot 65, Glenarm-based Hugh O’Neill’s Shearling Ewe, Lagyveigh Enchanting with Charles Keys from Fivemiletown placing the winning bid. Lagyveagh Enchanting was sired by Munreary Concord ET and is out of Lagyveagh Ciara. 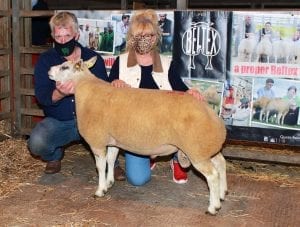 A figure of 700gns was also achieved by the Nicholson’s for Lot 36, Derryouge Elliott. Purchased by James Paisley from Donaghmore, Dungannon this Shearling Ram was sired by Artnagullion Brass Balls ET and is out of Derryouge Apple of My Eye. 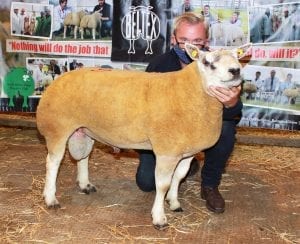 Meanwhile, the McCutcheon’s also had success in this class with Lot 7, Bodoney Exterminator, a Shearling Ram selling to Alan Moore from Ballygawley, County Tyrone for 680gns. 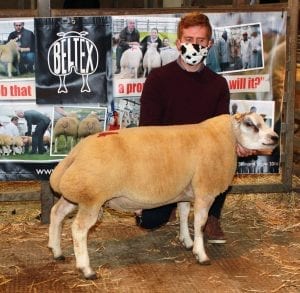 Patrick Brolly, Munreary Flock, Claudy, took top price in the Ram Lambs with 620gns paid by S & P Clarke, Lisburn for Lot 54, Munreary Ferdinand. This well-proportioned lamb was sired by Faughhill Detroit and is out of Dergview ET. 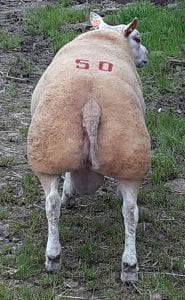 Next highest price in the Ram Lamb class was 580gns paid for Lot 50, Andrew and Jamie McCutcheon’s Bodoney Freddie ET. The buyer was Charles Keys from Fivemiletown. This shapely lamb was sired by Kingledores Edmund ET with the Dam being Orkney Wonder Girl ET.

A total of 73 MV Accredited and Scrapie Monitored Pedigree Sheep were listed for sale on the day.

A big thank-you to everyone who attended and took part in the sale.

Also a big- thank-you to Dungannon Farmers’ Mart for the efficient manor in which the sale was handled during these challenging times.