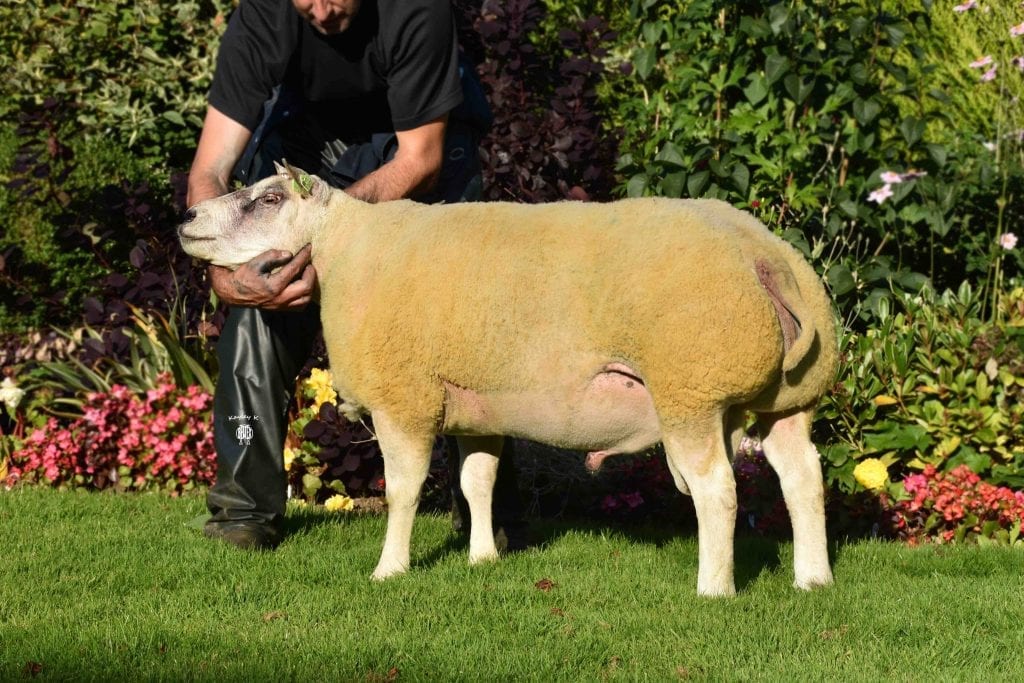 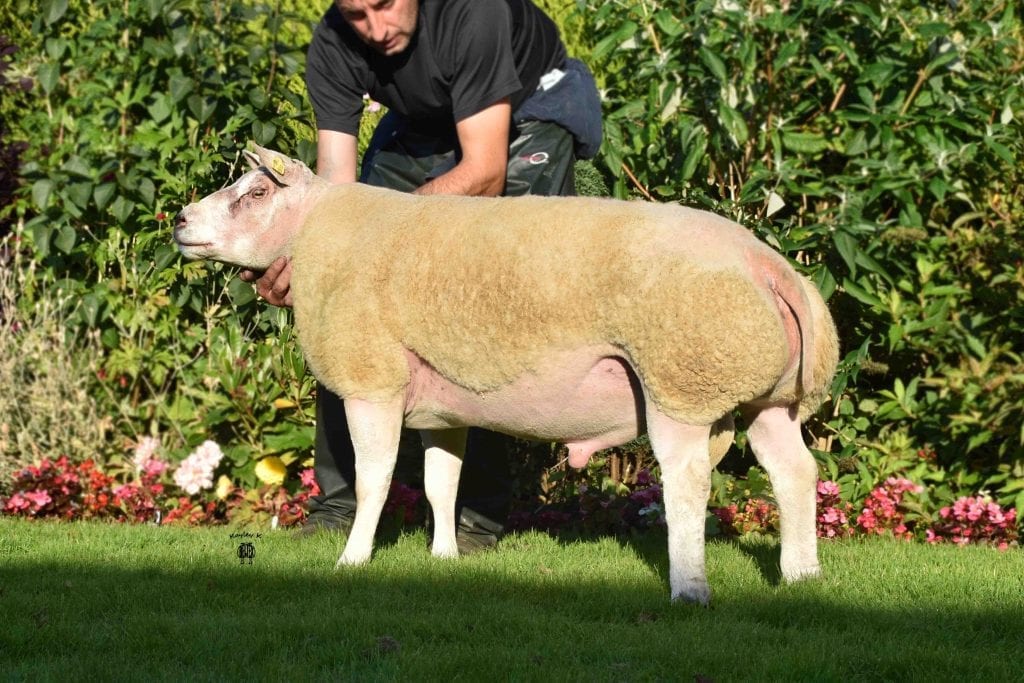 A PAIR of shearling rams by the same sire but from different vendors both surpassed the 3000gns mark when knocked down to the same buyer to top the Beltex Scotland Club’s sale of males and females at Lawrie and Symington, Lanark, on Thursday, 19 September.

Selling for the top price of 3600gns was Heatheryhall Deric from Alfie Taylor, Thankerton, Biggar, who also headed up last year’s event at 3800gns with Heatheryhall Campbell. This year’s leader is by Skiddaw View Boggle, a 2800gns purchase shared with the Padkin flock, while his dam is the Graham’s Tosh-sired Heatheryhall Beauty. Deric caught the eye of Ian Knight and heads to Calderbridge, Seascale, Cumbria, to work in his commercial flock.

The very next lot, Heatheryhall Damion ET, another by Skiddaw View Boggle but out of Heatheryhall Wanda, sold to Brian and Jimmy Menzies, Tulliemet, Ballinluig, Pitlochry, for 1300gns.

It was a good day for the Heatheryhall flock when the March-born ram lamb, Heatheryhall Extra Special ET, won his class, secured the Male Championship and headed up the ram lamb entry at 1600gns. Selling to the Forrest flock of James and Lynsey Forrest, Eastend, Lanark, he is by Aviemore Dane Hill and out of Heatheryhall Waterfall, a Clary Prankster daughter.

Mr Knight paid a further 3200gns for the second highest priced lot, Roadside Darren from the Buntings, near Lockerbie. Darren is again by the Skiddaw View Sire and out of a Heatheryhall female, the Quarrymount William Wallace-sired Barbara, which was bought at the LiveScot in-lamb sale.

The next highest male price of 1800gns was paid for Ross and Kirsty Williams’ Black Jack Dangerous from near Huntly. Selling to W Gribbon and Co, Troqueer, Dumfries, he is by Padkin Sugar Daddy while his dam is the Lugate Alex-sired Black Jack Bad Influence.

From the Republic of Ireland, Wade and Alison McCrabbe sold their Ardstewart Dynamite ET to commercial breeder, Willie Stevenson, Pitlochry, for 1250gns. Bred out of Ardstewart Tough Diva, he is by Kingledores Crusader.

Females met a strong demand and it was the second prize shearling ewe and Reserve Female Champion, Aviemore Dusty Patch 3 ET from Bruce and Colin Mair, Cuminestown, Turriff, that led the way at 2000gns. Bred out of the prolific Aviemore Red Patch, a Ballydown Magnus daughter, she is by Airyolland Avicii. Forking out the cash was new pedigree breeder, W Stephen, near Nairn.

Her full sister, Aviemore Dusty Patch 6 ET, then sold to Nick Gill and Kayley Kennedy for their Nikay flock in Borrowdale, Keswick, for 1100gns.

That 1100gns was matched by the third prize shearling ewe, Jimmy Young’s Bailey Brook CR7-sired Muirton Deborah from Alford. She is out of Smart Ass Amber.

Dearest of the ewe lambs at 920gns was Hodge’s Ellie ET from Daniel Hodge, Auchinleck, Ayrshire, which sold to Stuart Wood of the Woodies flock. The pedigree of this Reserve Champion at Ayr Show feature Woodies Razzledazzle on to Riggroad Bonnie.

The final dispersal of Donald Douglas’ Beechcross flock from North Kessock, Inverness, peaked at 1600gns for his Black Isle Champion, Beechcross Danni. Sired by Fingle Cobra and out of Beechcross Blossom, she also sold to Mr Stephen, Nairn.