A STRONG demand was met at the Beltex Scotland Club sale of in-lamb females and ewe lambs at Lawrie and Symington’s Lanark centre on Saturday, 12 December, where eight shearling ewes broke the four-figure barrier to sell at 1000gns or above and the gimmer average improved by £300 on the year. 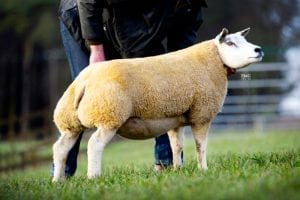 Attracting the top bid of 2200gns was Heatheryhall Erin from Alfie Taylor, Thankerton, Biggar, who sold five gimmers to average £1407. This daughter of Aviemore Dane Hill is out of the Quarrymount William Wallace daughter, Heatheryhall Calamity Jane, and sold scanned with a pair to the 30,000gns Buckles Dark Dawn. She caught the eye of Billy Goodfellow and heads to Roberton, Biggar, to join the Roberton flock. 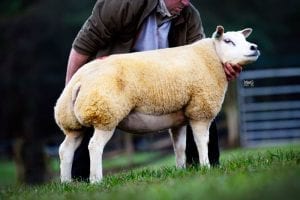 Alfie’s next best at 1300gns was the similarly-bred Heatheryhall Eleanor, another by the Aviemore sire and out of a William Wallace daughter, this time in the shape of Heatheryhall Cheeky. She heads to a new home in the Lake District in Nick Gill and Kayley Kennedy’s Nikay flock and is due a single to Dark Dawn.

Matching that when knocked down to Gordon and Lynsey Carroll’s Edendiack flock near Huntly was Heatheryhall Edith, which scanned a pair to Buckles Dark Dawn. Her pedigree features Quarrymount William Wallace on to the successful brood ewe, Edenfauld Ripple. 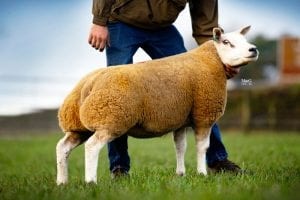 Andrew Baillie also welcomed a good trade and the second highest price of 2000gns when his Callacrag Evelyn sold to Michael Russell of the Lamington flock near Biggar. Sired by the 10,000gns Clary Desperado, she is out of the Quarrymount William Wallace daughter, Callacrag Celine. Scanned with a pair to Mortons Cheeky Boy, she sells with a recipient ewe carrying a Callacrag Celine x Lamington Fandango embryo as luckpenny.

At 1000gns was Callacrag Elaine, which this time sold to Grant Maxwell for his Faughhill flock near Melrose scanned carrying triplets to Mortons Cheeky Boy. Grant buys back some of his own breeding as Elaine’s sire is Faughhill Detroit while her dam is Callacrag Brainwave, by Eildon Wolverine. 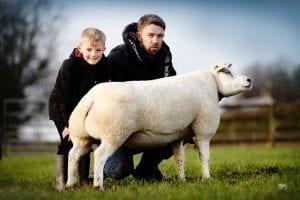 Robert and James Hamilton had a good day when entries from their Shawtonhill and Mid Shawtonhill flock from Chapelton, Strathaven, reached 1600gns and 1300gns, both of which sold to the Alderson family for their Alderson’s flock near Barrowford, Lancashire. Shawtonhill Elsa, a Heatheryhall Batman daughter bred from the Woodies Ringleader-sired Corstane Amy, made 1600gns carrying a pair to Tiree Donegal. 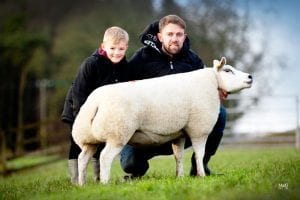 Also by the Heatheryhall Batman sire and in lamb to Tiree Donegal, this time scanned with triplets, the 1300gns Mid Shawtonhill Ella is out of Shawtonhill Claire, herself by Padkin Sugar Daddy. 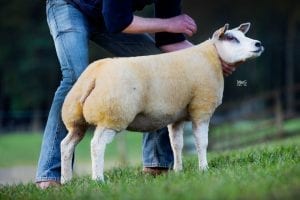 Entries close at 5pm TODAY for our commercial flock competition and it’s a grand day to be working with sheep so no excuses 😉 ... See MoreSee Less

Well done to all the young enthusiasts taking part in our young handlers competitions, and a special well done to Lucy Jones for taking the champion honours with Ramsay McKnight in reserve, as judged by Kaitie and Robbie Aiken. “Robbie and I both thoroughly enjoyed judging the classes and we must thank the exhibitors for taking the time to prepare and show us their sheep, said Katie. ... See MoreSee Less

Don’t forget about our Commercial Flock competition, entries open to ANYONE with Beltex-bred sheep and classes include:🐑 Group of commercial ewes (up to 10)🐑 Group of commercial shearling ewes (up to 10)🐑 Group of up to 20 commercial lambs (class split for lowland/upland dam)🐑 Trio of ewe with twinsSend your video entries (up to 30 seconds) to Kayley via WhatsApp on 07375 563809 along with your name and farm name by 5pm on Sunday, 1 August, and see the website for full guidelines. 📷 A MacLean, Tiree ... See MoreSee Less

Disappointing number of entries for the Young Handlers competition but that doesn't mean the quality isn't there with some great young enthusiasts showing off their sheep. Instead of spreading the classes over three days, here they are in a oner and results will be announced once our judges, Katie and Robbie Aiken, Procters, have given them a look over. ... See MoreSee Less

A wee reminder re closing dates for sales we have so far... ALSO a BIG reminder for Leek sale please, please get entries into the office on time as it will be temporarily closed from Friday 30th July with occasional visits to collect mail etc. ... See MoreSee Less
View on Facebook
· Share