Averages improved in all male sections at the Beltex Scotland Club sale at Lawrie and Symington’s Lanark centre on Thursday, 16 September, where the previous record of 4500gns was passed not just once or twice, but three times. 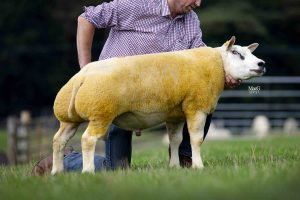 The first breeder to break that record with two shearling ram entries was local lad Alfie Taylor from Thankerton, Biggar, who saw his Heatheryhall Focus realised 6200gns shortly before his first prize winner, Heatheryhall Father Ted, was knocked down for to new record price of 6500gns. Sired by the 30,000gns Buckles Dark Dawn, Father Ted is out of Alfie’s noted brood ewe, Edendauld Ripple, herself an Airyolland Nailer daughter. Father Ted sold in a two-way split to J Glasgow, from West Linton, and Tom Linton, Clyde flock, Cleghorn. 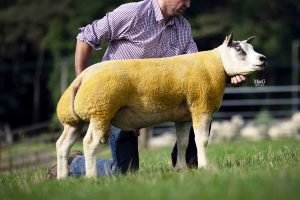 At 6200gns when sold to JW Gibb, Biggar, was Focus which this time is by Lurg Emperor and out of the Rathbone Aggressive-sired Heatheryhall Deluxe. 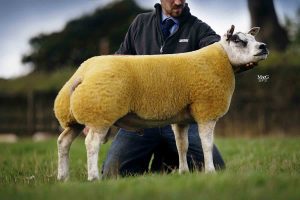 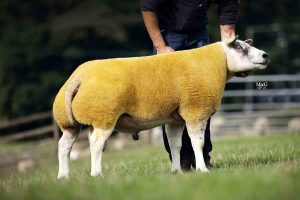 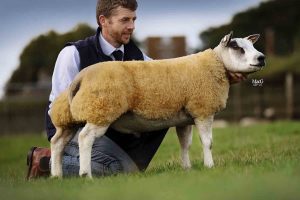 Back to the shearlings and David Lawrie’s Grangehall Felix, another by the Lurg Emperor ram, sold to Robert Rennie, Yetholm, Kelso, for 3200gns, His dam is the Quarrymount William Wallace-bred Grangehall Camilla from the flock near Pettinain. 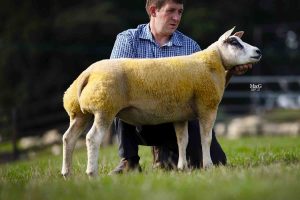 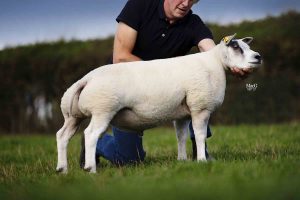 The pre-sale Supreme Champion, Jimmy Bell’s Cottage Gangster from near Carnwath hit 2000gns when sold to the judge, Mary Dunlop, Corstane flock, Broughton, with Gary Morrison, Tarbrax flock, West Calder, taking a half share. This son of Edendiack Eerie is out of Cottage Eve, another Quarrymount William Wallace daughter. 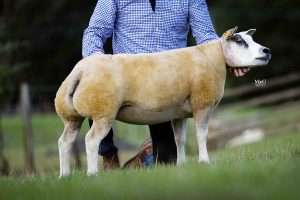 Females peaked at 1600gns for the Reserve Supreme Champion, Alan Miller’s Lurg Flash from near near Midmar, Inverurie. Bred from the Airyolland Avicii daughter, Aviemore Dolores, her sire is Heatheryhall Campbell and she caught the eye of Gordon and Lynsey Carroll, Edendiack flock, Huntly. 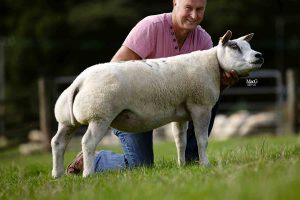 Making 1100gns was Bruce and Colin Mair’s Aviemore Fossa from the flock near Cuminestown, Turriff, which sold to Nick Gill and Kayley Kennedy, Nikay flock, Keswick. Sired by Heatheryhall Dizzy Rascal, her dam is the Langlands Bruiser-sired Aviemore Demi Moore 4.