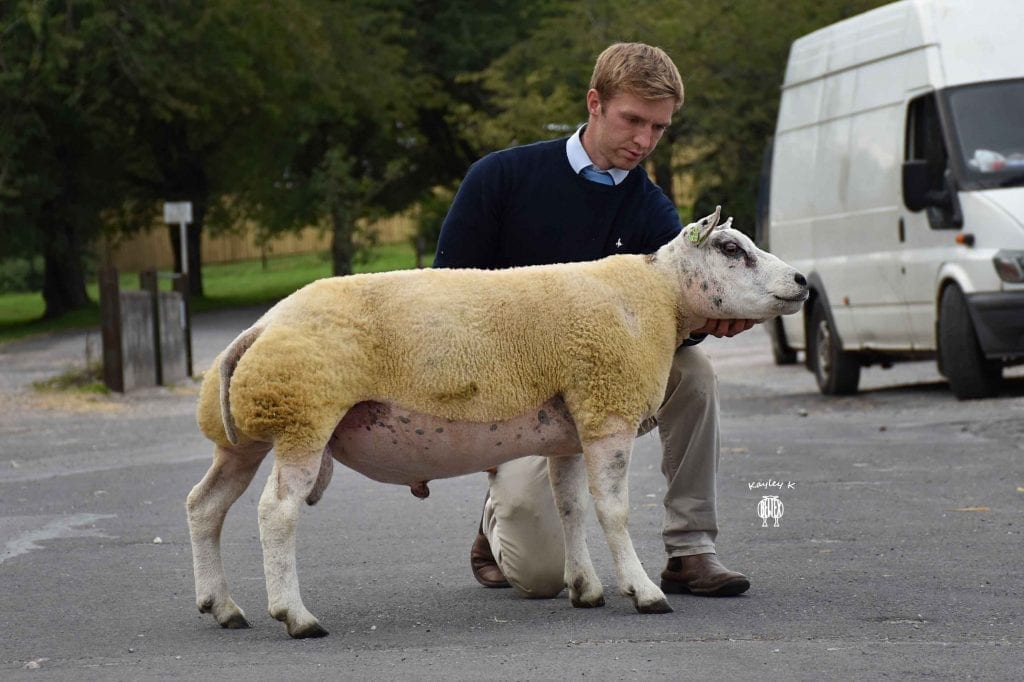 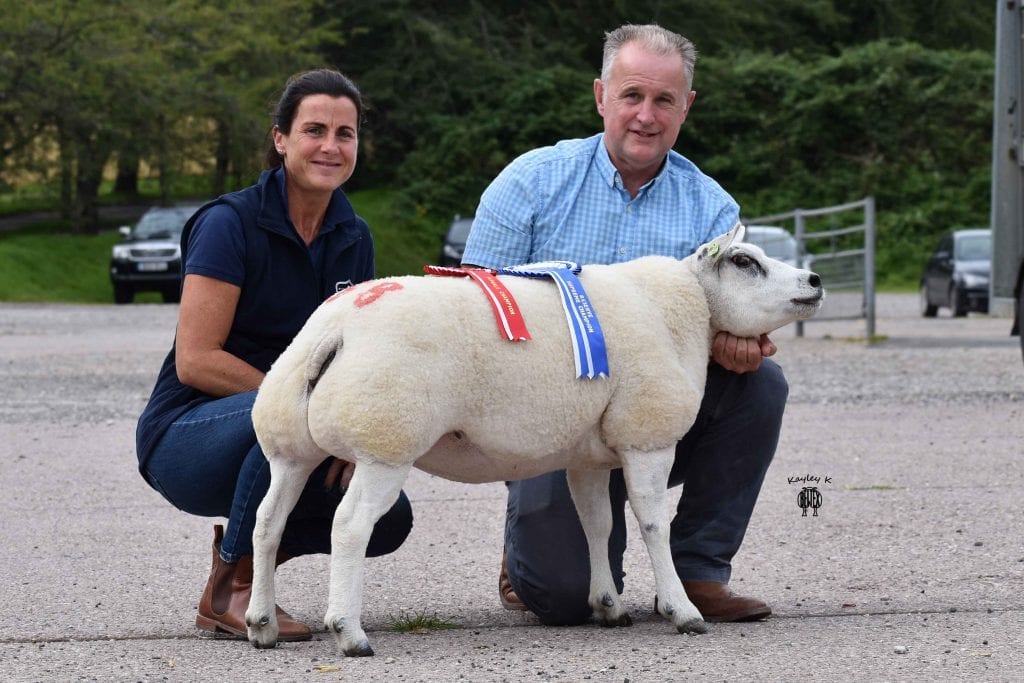 With a good atmosphere around the show and sale rings and auctioneer, Robert Watkins, on top form, breeders returned from Leek on Wednesday, August 21, feeling buoyant about the newest sale in the Beltex calendar.

Leading the entry at 880gns was Todhall Diesel, a shearling ram from Andrew Wainwright, Cupar, Fife. Sired by the 3,800gns Rathbone Alien and out of the Kingledores Warrior daughter, Rathbone Brandy, Diesel sold to Messrs Brassington and Renshaw.

Selling for the second top price of 860gns was Andrew and Claire Wood’s shearling ewe, Withy Trees Double Dutch ET from near Whittingham, Preston, which claimed the female and reserve supreme title at the pre-sale show. Selling to Tom and Jack Belfied for their Boothlow flock at Sheen, Buxton, she is by Broxty Boxer and out of Woodies Wriggley, by Clary Prankster.

The Woods also received 750gns from TW Fountain for Withy Trees Digger ET, which is by an imported ram named The Bomb and out of Drumchapel Racey.

The male and supreme champion from the pre-sale show, Adam Neachell’s Cromwell Diago ET, then sold for 800gns. His pedigree features Airyolland Baltic on to the Clary Profitable-sired Cromwell Sierra from the flock near Aldridge, Staffordshire.

“I loved his head but he’s got the full package,” said the judge, Heulwen Owens, who paid that 800gns to take him to work in the Glantre flock run with husband Michael near Pontsian, Llandysul. “He’s true to type with good conformation, a great loin and backend, and the one I fancied today.”

The reserve male champion, Booden Danny from Angus Hamplett, Haughton, Stafford, sold for 700gns. Sired by Dooley Aaron and out of Dooley Whizkid, Danny sold to M and C Hambleton.

Ram lambs sold to 600gns when A Dunlop paid that for the first prize ram lamb from the Belfieds, Boothlow Enterprise. Born in February out of Boothlow Bramble, he is by Broughton Cardhu.

Ewes lambs from the Barclay family, from Maybole, Ayrshire, topped the section at 400gns twice when both sold to S Stott. First was the reserve female champion, Twinsplusone Eclipse ET, a January-born Smart Ass Carbon daughter bred from Beachy Cha-Cha.

Matching that was Beachy Embrace, a Matt’s Dasher daughter out of Beachy Wash & Blow.