Two flocks led the trade with one of these being Tom and Jack Belfield’s Boothlow flock from Sheen, Buxton, which topped the shearling ram entry with rams at 880gns, 850gns and 800gns. Selling to J Trueman and Partner, Adlington, Macclesfield, for 880gns was Boothlow Ecstasy ET, an embryo son of the 2000gns Woodies Walnut, herself a Glenkeen Sanders daughter. Ecstasy’s sire is the 4200gns Broughton Cardhu which has bred well in the flock. 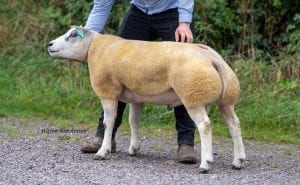 The Belfield brothers also led the ram lamb trade when Boothlow Fine Tune ET sold to Madders and Johnson, Tixall, Stafford, for 440gns. He is a full brother to the top priced ram lamb here last year, being by Cardhu and out of Boothlow Bramble.

The Rathbone Alien-sired Todhall Eagle, sold to M and L Gibson, Nantwich, Crewe, for 750gns. Eagle is out of Todhall Calla, a Woodies Bad Boy daughter. 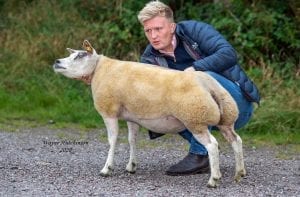 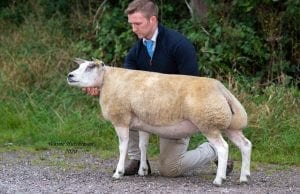 Also making that when sold to Mark Shaw, Disley High Peak, was another Rathbone Alien daughter in the shape of Todhall Ella, which is out of the Woodies Bad Boy-sired Todhall Charlotte.

The Belfields saw their Boothlow Emma sell to R Tomkinson and Son for the Rojan flock, Butterton, Stafford, for 660gns. Sired by Broughton Cardhu, she is out of Boothlow Carly. 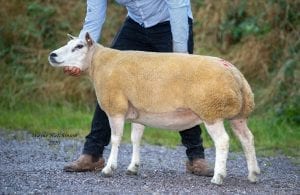 The aged ewe trade peaked at 620gns for Boothlow Capucino, which also sold to the Tomkinsons. By Tercrosset Aerosmith, she is out of a Clary Prankster daughter. 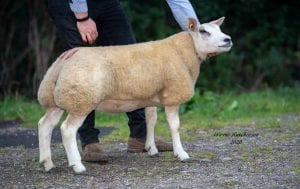 The Tomkinsons paid a further 560gns for the dearest of the ewe lambs, Boothlow First Place, another by Cardhu and this time out of the flock’s show ewe, Boothlow Berlinda.

At 500gns was Beachy Fantasy ET, a Glenpark Dynamite daughter which sold to Nick Gill and Kayley Kennedy for their Nikay flock near Keswick, Cumbria.