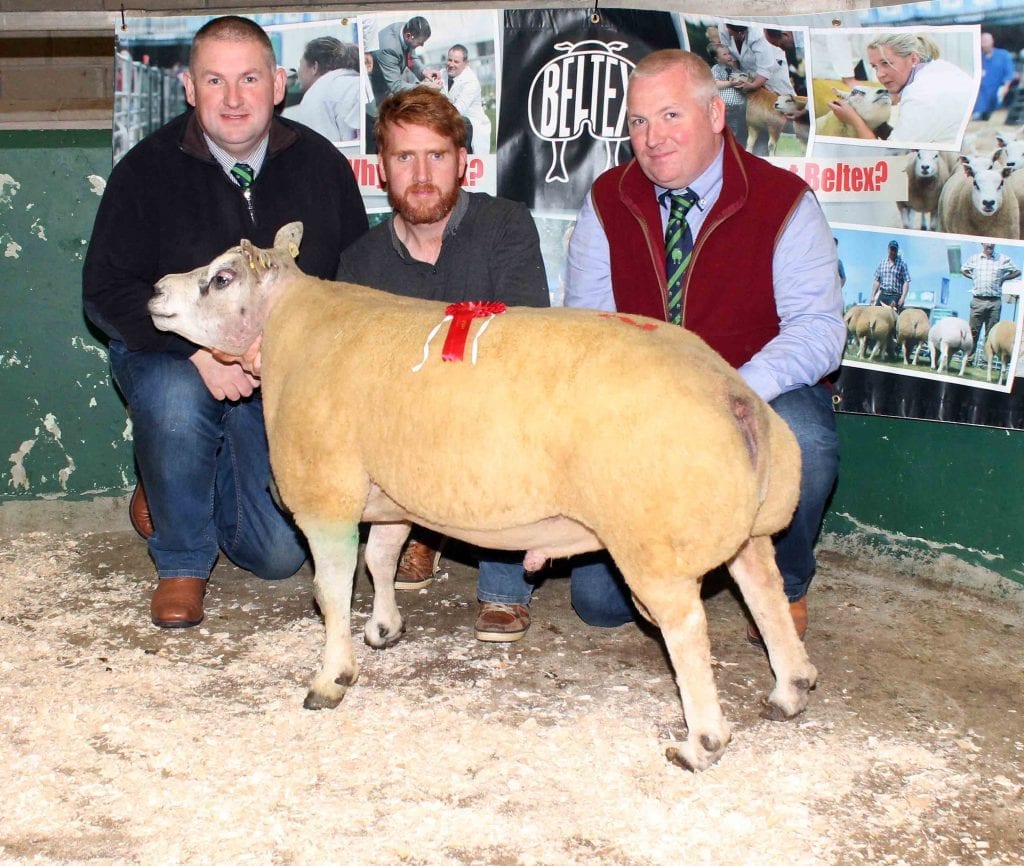 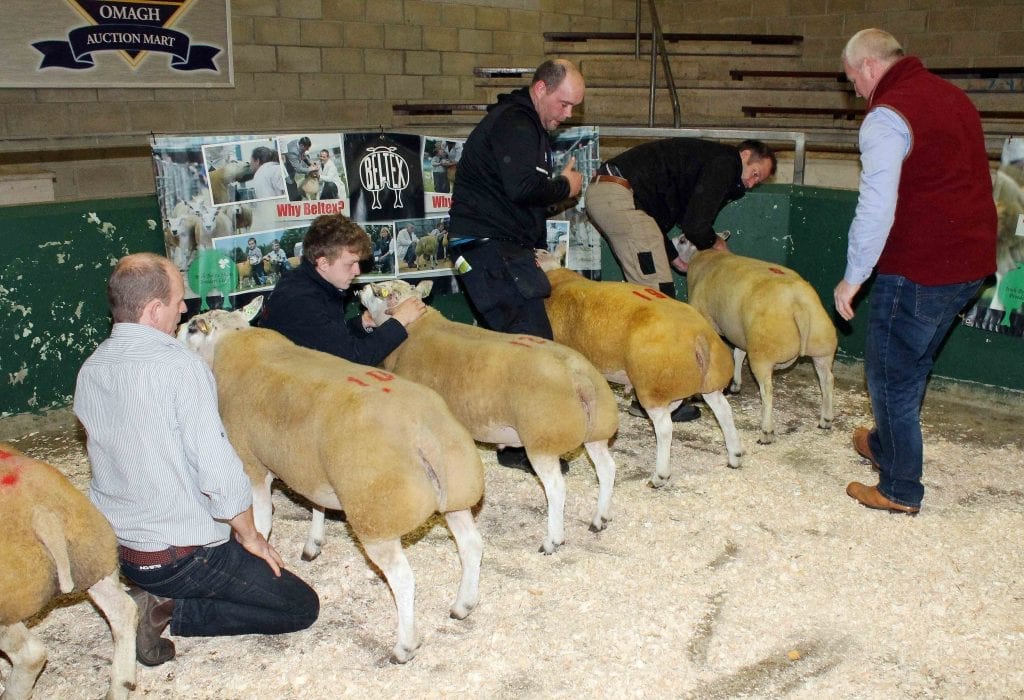 “The Supreme Champion was a very long well-ended sheep with a good carcase while the Reserve Champion had good length with a great top, and as well as that, he was very good on his feet for an aged ram.”

Munreary Bingo, bred by PLJ Brolly, was sired by Skiddaw View Trapper and out of Munreary Supreme.

Sired by Kingledores Wolfman ET this twin lamb was out of Bodoney Choosey ET.

“Overall the sheep in all classes were very good,” added Eddie O’Neill.

Top price on the day was 550gns for Bodoney Embrace ET, a ram lamb belonging to Andrew and Jamie McCutcheon, Bodoney Flock, Trillick. The purchaser was Jonathan McKelvey from Castlederg.