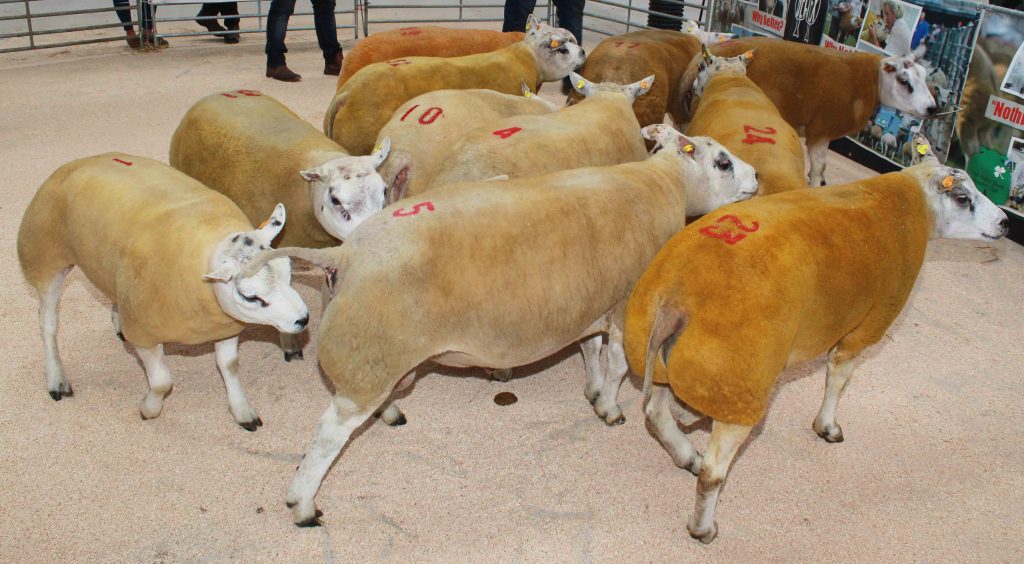 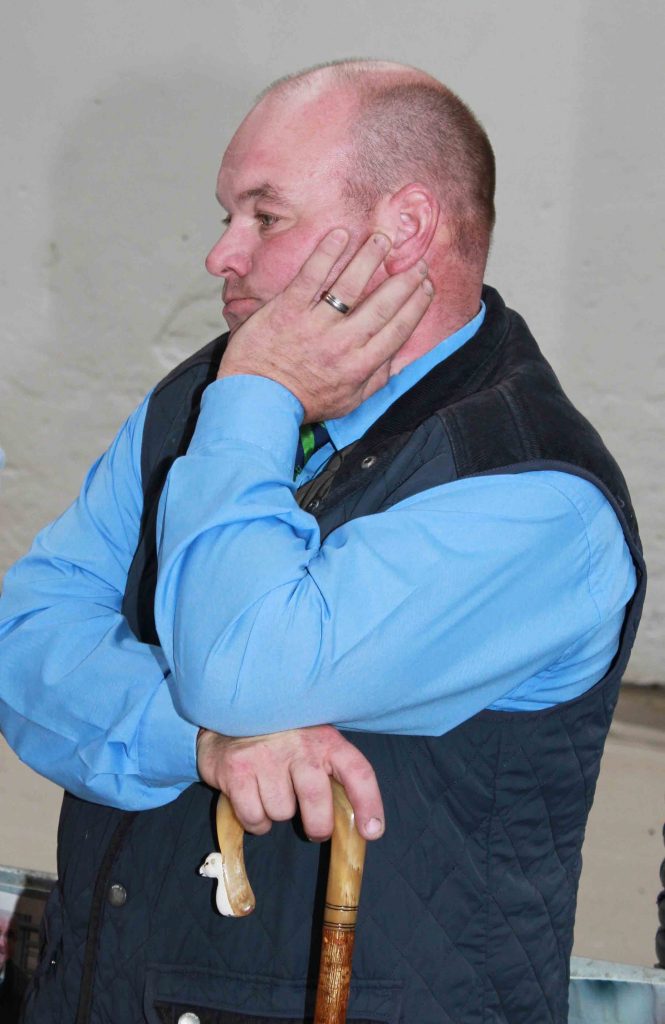 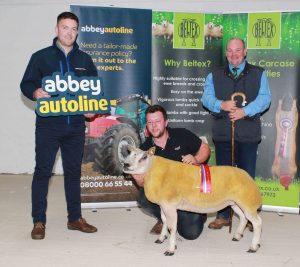 Show judge, John ‘Beachy’ Barclay, Beachy Flock, Maybole, Ayrshire, said the Champion stood out as soon as she entered the ring. “And she handled every bit as well as she looked,” said John.

The Reserve Champion title went to Derryogue Forrest Gump, a shearling ram belonging to Edward and Shirlee Nicholson from Kilkeel.

Sold under the auspices of the Beltex Sheep Society and the Irish Beltex Sheep Breeders Club a total of 32 shearling rams, 16 ram lambs, 21 shearling ewes and two ewe lambs went under the hammer.

Matt’s Fondue was Female Champion as well as taking the overall title. Sired by Woodwick Chino the dam is Clary Dress to Kill. 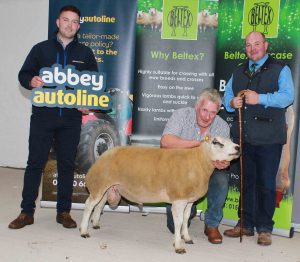 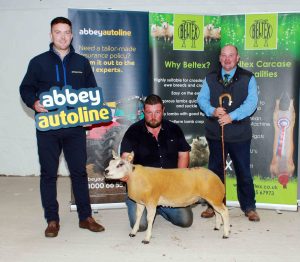