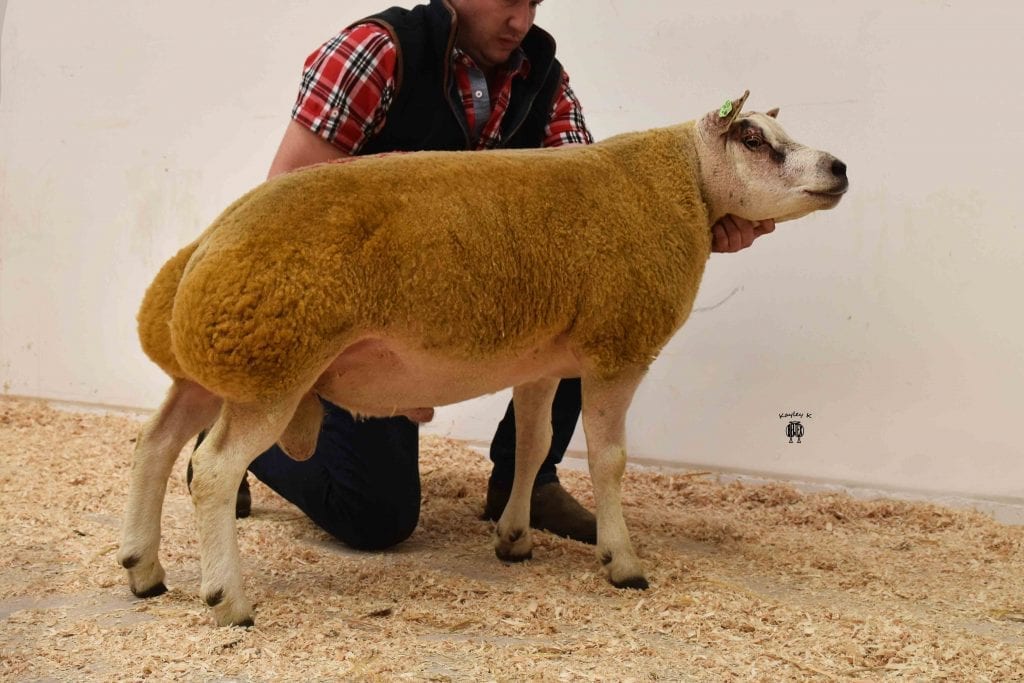 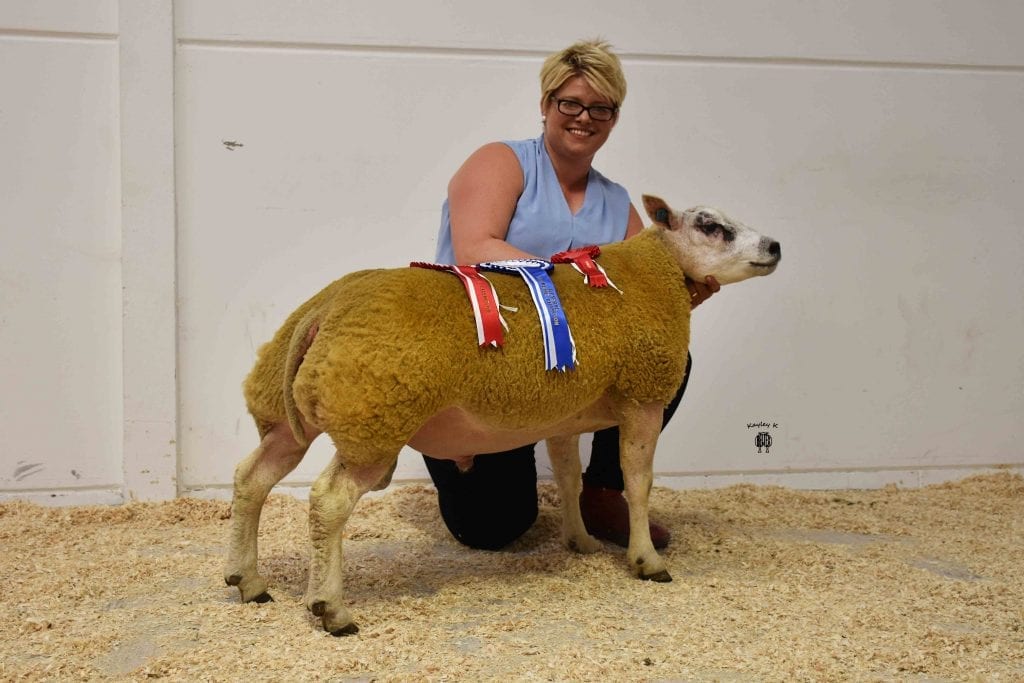 BELTEX rams met a sound commercial demand and increased averages on the year at the Welsh Beltex Club’s sale of males and females at Ruthin Farmers Mart on Tuesday, September 17, where a shearling ram from Dafydd Lewis’ Cothi flock headed up the entry at 1000gns.

The sale leader from the flock at Cwrtycadno, Llanwrda, was Cothi Dynasty ET which is full of Belgian breeding, being by Magnolia de Noblehaye and out of an imported ewe bred by Jan Jonckheere. Dynasty caught the eye of Cliff Parry and heads to work in the Hardcore flock at Beaumaris, Gwynedd.

It was a good day for Dafydd who sold six shearling rams to average £719, with his next best price of 750gns paid by JB and E Evans for Cothi Die Hard 2. This naturally-born twin is by Fowrass Carry On and out of Cothi Thong, a Macleans Rocket-Launcher daughter.

Cothi Daragh, this time by Airyolland Slingshot and out of Cothi Big Baps, sold to H and E Vaughan and Co for 680gns.

Gwion Morgan also welcomed a good trade, achieving the second highest price of 960gns when his Wern Descendant sold to IE Roberts and Son. Sired by Aviemore Barney, Descendant is out of the Tercrosset Wearwolf daughter, Wern Becca.

The next lot in from the local flock at Fford Corwen, Ruthin, Wern Dandy, sold to JF Burbidge for 700gns. His pedigree features Aviemore Boliver on to Wern Bala.

Husband and wife duo, Michael and Heulwen Owens, from Pontsian, Llandysul, saw their two dearest entries sell for 820gns and 650gns. Dearest was Greenvale DJ ET, a Staddlestone Carmichael son originally bred by Aled Roberts which sold to R Pierce. He is out of Artnagullion Whirly.

The Owens’ home-bred Glantre Dunlop sold to HJ and FJ Williams for 650gns. This Ardstewart Aragon son is out of Glantre Puma.

A pair of ram lambs from Aled Roberts, Llanrhaeadr, denbigh, were next in the trade stakes at 780gns and 650gns. Selling to DG and N Williams for that 780gns was the Reserve Male Champion, Greenvale Elis ET, which is by the aforementioned Staddlestone Carmichael and out of Brickrow Winnifred.

Another by the Carmichael sire, Greenvale Efan ET, sold to H Williams for 650gns. His dam is Cerin Wynona.

Females peaked at 750gns for the Female and Supreme Champion, Mathew Jones’ Glan-Y-Mor Daisy from Ynys, Talsarnau. Selling to IP Jones, she is by Rathbone Tony and out of Glan-Y-Mor Alicia.

Hitting 720gns when sold to I Vaughan was the first prize shearling ram, Cynin Demolition Man ET from Adrian Jones and Myfanwy Roberts, Llangynin, St Clears. He is another full of Belgian breeding, by an imported sire and out of a Gloire ewe.

Wyn Evans, from Dderwen, Gam, Llanarth, saw his Cerin Derw sell to AV Roberts, for 650gns. Sired by Lugate Bruno, he is out of Cerin Wendra.

Females also sold to 540gns for the Reserve Female Champion, Myna Delight from Wil Evans, Soar, Bodorgan. Selling to Owain Lloyd Jones for his Fferam flock at Llanfechell, Amlwch, Delight is by Fingle Challanger and out of Myna Winnipeg.