A small entry of Beltex females sold at Ruthin Farmers’ multi-breed sale, where the champion from Wyn Evans went on to sell for the top price of 290gns.

The winning shearling ewe, Cerin Cadwyn, is full of home genetics, being by Cerin Tarw and out of Cerin Sibili, a Nortoft Magic daughter. She sold to Judith Bevan, Holywell Road, Flint, having been served by Cerin Colin in late October. 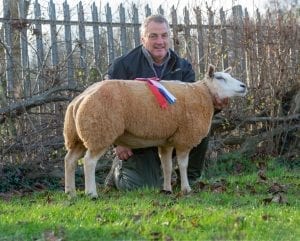 Ms Bevan paid a further 270gns for Cerin Caili, with this one by Cerin Barach, out of Cerin Tegwen and this time served by Cothi Bush Hogg.

The remaining shearling ewes forward all came from Mr Wyn’s Cerin flock with a second top price of 280gns paid by DW & TW Jones, Trawsfynydd, Gwynedd, for Cerin Crys, another by Cerin Tarw. Bred from Cerin Winsome, she changed hands served by Cothi Bush Hogg, the top priced Beltex at the NSA Builth Well sales in 2017.

Two ewe lambs from D Jones’ Sannan flock sold for 200gns apiece to HW Thomas, Bala, Gwynedd. The first prize winner, Sannan Daffodil, is by The Bare Boy and out of Artnagullion Boogie, while Sannan Disco is by Ainstable Aristotle and out of Pigot Babe. 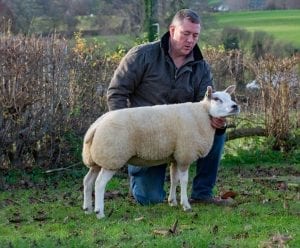 Sannan Daffodil from DC and OJ Jones sold for 200gns

One week ago breeders took to the show ring at the Royal Highland Showcase, here's a look at the official highlights. ... See MoreSee Less

The Premier Sale will go ahead on Thursday 12 to Saturday 14 August, with arrival of stock on the Thursday and judging of the President's Award for pens of sheep (no individual show this year), before shearlings sell on the Friday and shearling ewes and ram lambs on the Saturday. The Society is hoping to host a social evening in absence of a show of individual sheep, and entry forms will be sent out shortly once details are finalised with Harrison & Hetherington. ... See MoreSee Less

It's Virtual Royal Highland Show day and we have some great entries. Here's a quick run through of the classes while our judge, Wade Mc Crabbe of the Ardstewart flock, deliberates. Results to follow later today. ... See MoreSee Less