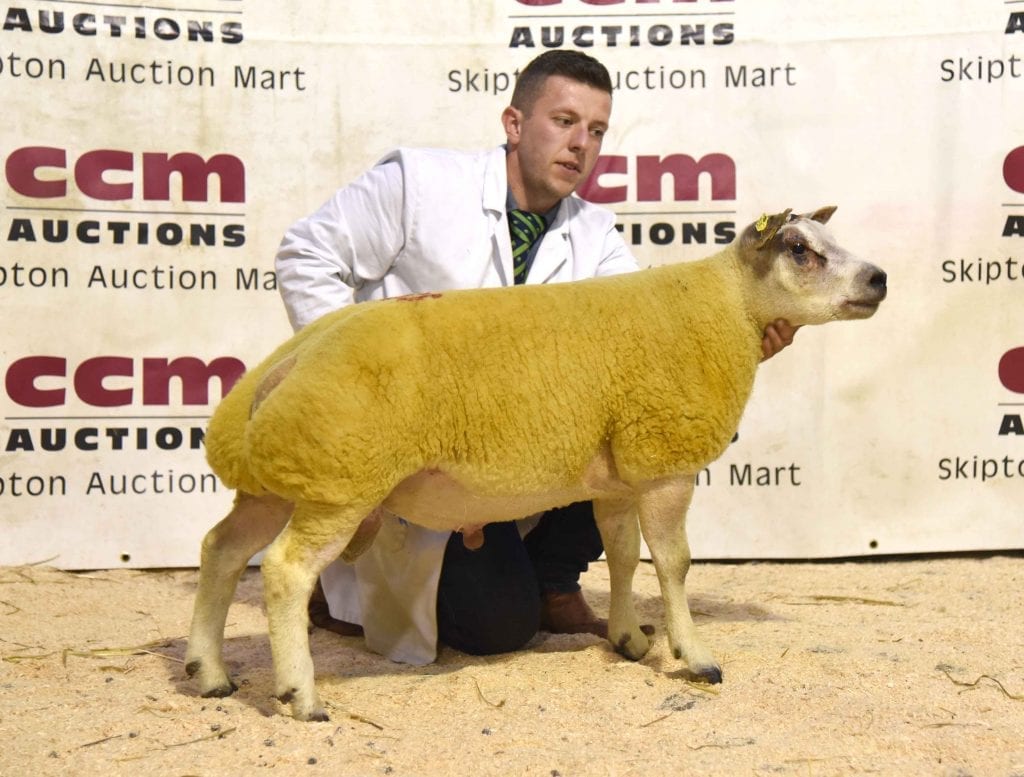 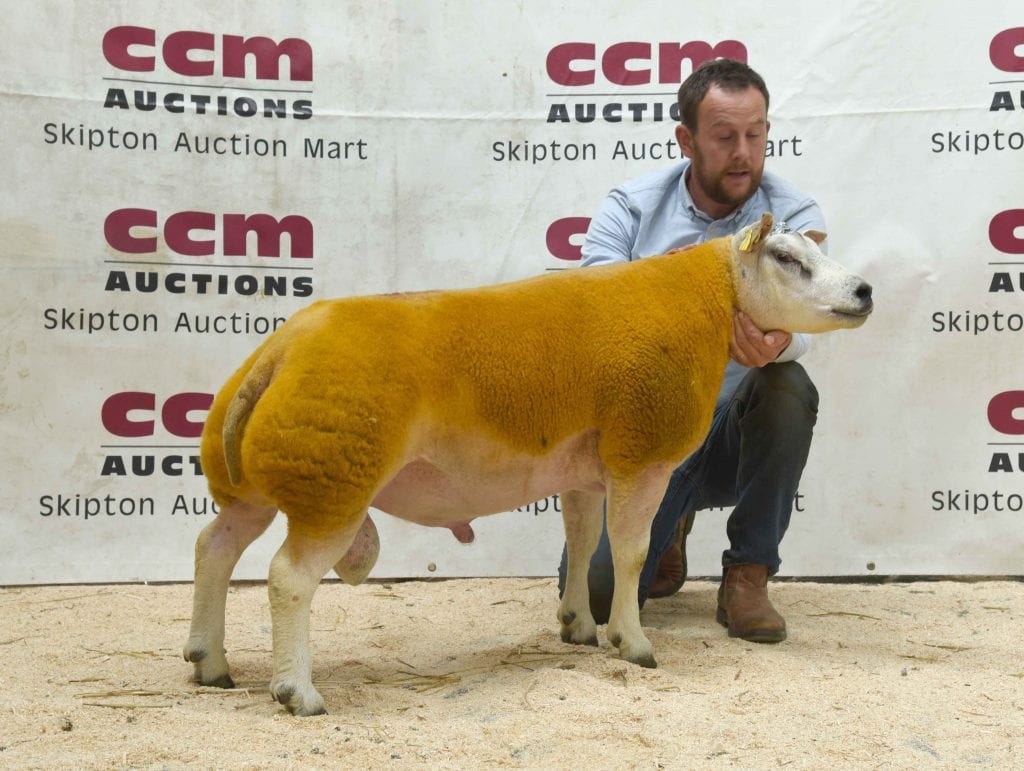 Shearling ram and ram lamb averages improved on the year at the annual sale of Beltex males and females at Craven Cattle Marts’ Skipton centre on Saturday, August 30, where trade peaked at 3,200gns on two occasions.

First to sell at that price was the Male Champion and Reserve Supreme, a shearling ram named Matt’s Draygon ET from the Irish raider, Matthew Burleigh, Shanra, Enniskillen, County Fermanagh. Selling to Victoria and Gillian Bowring for their Windmill flock in Nottinghamshire, Draygon is sired by the 3,000gns Hackney Corker and out of Matt’s Www., a Pentland Showman daughter.

It was a good couple of days for Matt when he also landed the Reserve Male title with Matt’s Ergo ET, but selling for 1,400gns to John Cowan for his Brickrow flock in Ayrshire was the February-born ram lamb, Matt’s Ergonomic ET. He also features Hackney Corker in his pedigree, being by a home-bred son named Matt’s Defender while his dam is Matt’s Atomic.

Leading the lamb entry when matching that top price of  3,200gns was John and Richard Wood’s Kingledores Engleburt ET from Tweedsmuir, Biggar. This February-born lamb is by Arkle DJ which also sired the 11,000gns Kingledores Edmund and 7,000gns Kingledores Endeavour sold at the Carlisle Premier. Bred from the Broxty Boxer-sired Withy Trees Champagne, Engleburt heads to work in the Ainstable Hall flock run by Brian Hall, near Carlisle. 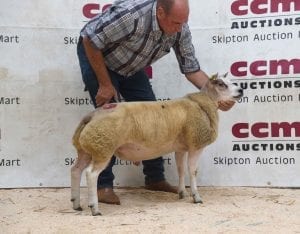 John Green , Lilliesleaf, Melrose, celebrated a good Skipton debut, selling his three shearling ram entries for 3,000gns, 2,200gns and 1,600gns. The three full brothers, by Callacrag Barbarian, and out of the Rathbone Tony daughter, Artnagullion Amber, saw the dearest, Greenall Dennis the Menace ET, sell for 3,000gns to Elizabeth McAllister and her brother Williams, of the Artnagullion flock near Kells, Ballymena.

It was a touching farewell to the Beltex breed for John and Jean Bradley from Giggleswick, Settle, when they sold the remainder of their Penyghent flock to 2,200gns and 1,800gns and also secured the Supreme Champion title at the pre-sale show with Penyghent Dapper. The 2,200gns and 1,800gns twin brother and sister, Penyghent Dunhill and Penyghent Delphine, are by the Jewitt Candyman ram owned by daughter, Karen Shuttleworth, of the Heber Park flock, and out of Penyghent Bessie, an Airyolland Wild One daughter.

Shearling ram, Penyghent Dunhill, sold to the show judge, Mark Ireland, who runs the Shamrock flock in Whalley, Clitheroe, while Penyghent Delphine sold to Andrew and Claire Wood for their Withy Trees flock near Whittingham, Preston.

Selling for the top female price of 1,900gns was Elizabeth McAllister’s shearling ewe, Artnagullion Dixie ET, which is by the 8,000gns Ardstewart Armani and out of Artnagullion Wilma, a Woodies Snoop Dog daughter. Dixie heads to Leominster, Hereforshire, with H Owens.

Early on in the sale, Richard Seed, from Chipping, near Preston, received 1,600gns from JC Marshall, Dacre, Harrogate, for Parsonage Dumbo. This naturally-born Graham’s Action-sired shearling ram is out of Artnagullion Twiggy.

Matching a 1,400gns call for a ram lamb was Procters Farm’s Procters Entrepreneur ET from Wray, Lancaster, brought out by the Aiken family. Selling to Mike and Becki Davis for their Rathbone flock, Eldroth, Austwick, this second prize winner is by Woodwick Chino and out of Procters Betsy.