Beltex rams met a strong commercial demand at Beltex Scotland’s sale at United Auctions’ Stirling centre on Saturday, 19 September, where the average improved by £200 on the year for six more shearling rams sold compared to 2019. 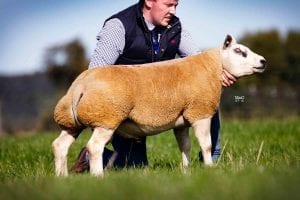 Alasdair MacLean, from the Isle of Tiree, continued his good run at Stirling for another year when he sold his Tiree Earthquake ET for the top price of 1600gns and followed it up with another, Tiree Eriskay ET, at 1500gns. 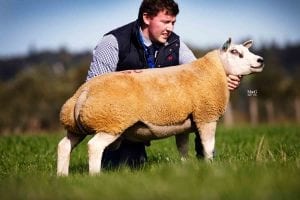 Notably, the pair are full brothers being by the Callacrag Wise Crack ram that has bred well in the Tiree flock and both sold to D Fisher Contracting, Logiealmond, Perth. Their dam is the Corstane Waitangi daughter, Tiree Agatha, herself out of the noted Tiree Spice. 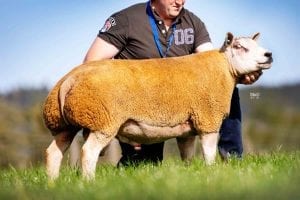 Colin Little paid 1200gns to take Maimie Paterson’s Auchenlay shearling home to near Callander. Out of a home-bred ewe by Beck Hill Wolverine in the Dunblane-based flock, this lad is sired by Eildon Clauss.

A total of three rams hit 1200gns with the other being Ian Reid’s Osprey Emerald, a Kingledores Commander son bred from the Ardstewart Blue Boy-sired Artnagullion Crystal. Forking out the cash were J and H Grieve from Fowlis Wester, Crieff.

Ian also welcomed 1100gns from the Rattray family, Auchterarder, for Osprey Encore, bred from another Ardstewart Blue Boy ewe in the shape of Artnagullion Cami and this time by Clary Cavalier.