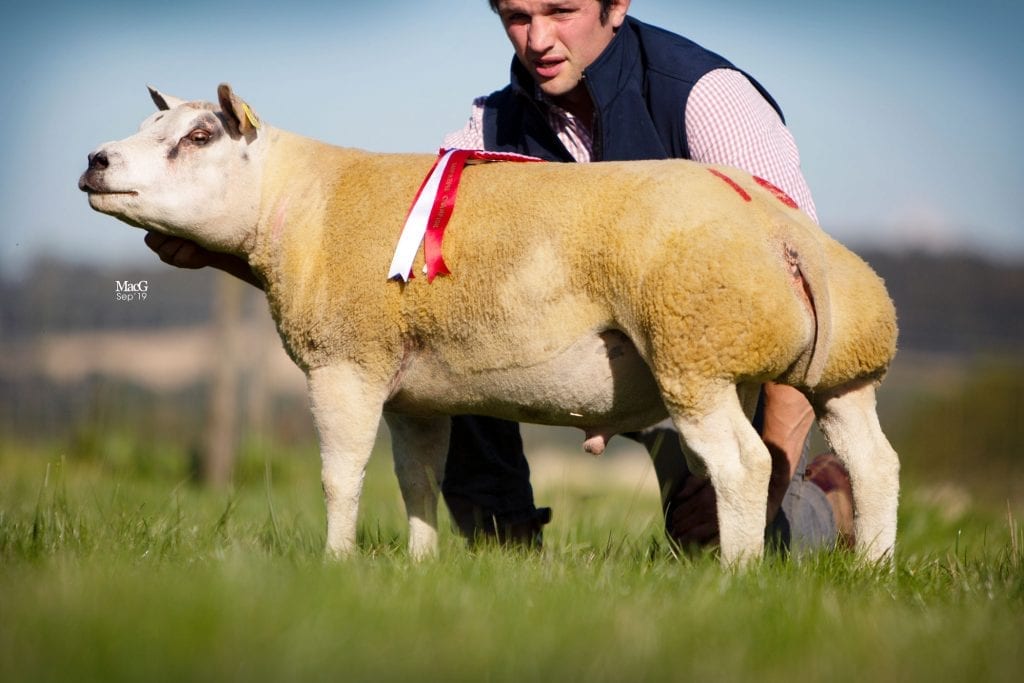 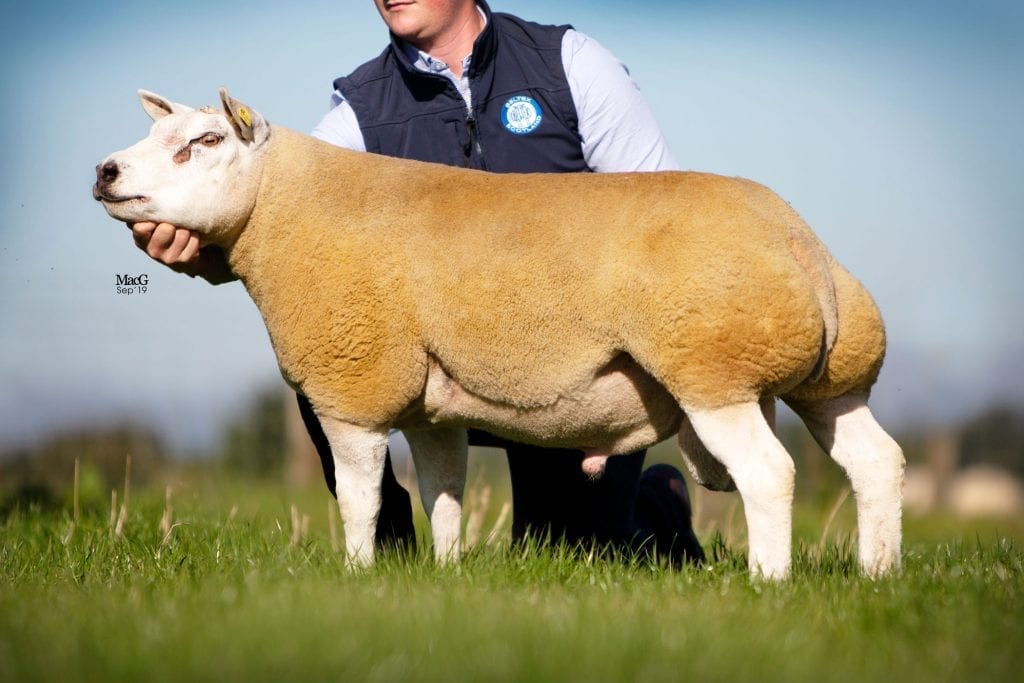 RAMS peaked at 1800gns at the Beltex Scotland sale of shearlings and lamb rams at United Auctions’ Stirling centre on Saturday, 21 September, when the hammer fell at that price on the Champion from the pre-sale show.

That was Corstane Drumnadrochit from Mary Dunlop and sons, Andrew and Michael from near Broughton, Biggar. Selling for pedigree work in the Skiddaw View flock belonging to James Little, Ireby, Wigton, as Tercrosset fock of James Whiteford, the Corstane Aaron son is out of Corstane Tyllis, a Lyonpark Sammy daughter.

The Dunlops welcomed a good day, selling more from their Corstane and Broughton flocks for 950gns and 900gns. At 950gns was Broughton Daredevil, this time by Heber Park Big Business and out of Broughton Britney. Daredevil caught the eye of JA Lambie and Son, Auchterarder.

At 900gns was Corstane Dunbar which sold to J McDonald, Crieff. His pedigree features Woodwick Alpha on to a home-bred ewe.

Second in the trade stakes at 1200gns was Osprey Desperate Dan, a Kingledores Wolfman son from Ian Reid, Methven. Selling to D Maitland Gardner and Parnters, Muthill, Desperate Dan is out of Matt’s Worlds Hero, a Pentland Showman daughter.

The first two entries in the ring from Jimmy Taylor’s Ochtermuthill flock from near Muthill followed closed behind on 1100gns and 1000gns. Staying local and heading to Monzie Farms, Gilmerton, Crieff, for 1100gns was Ochtermuthill David, which is by Brownville Blackjack and out of the Corstane Skirling-sired Ochtermuthill Angela.

The similarly bred Ochtermuthill David, again by Blackjack and out of a Skirling daughter, this time named Ochtermuthill Alexandra, sold to Bonsor Estate, Ballinluig, for 1000gns.

The Reserve Champion, Morton’s Dam Buster ET from Andrew Morton, Denny, sold to P McDiarmid and Co, Lawers, Aberfeldy, for 900gns. Sired by Hackney Braveheart, he is out of Mortons Aileen.