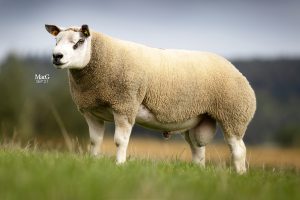 With these two adding to an improved shearling ram average of £954 for 60 (up from £869 for 43 in 2020), the first to sell for that price was Ochtermuthill Freaky, the second in from Jimmy Taylor, Muthill, Crieff. Sired by Tiree Diageo and out of the Corstane Skirling daughter, Ochtermuthill Barbara, Freaky sold to Robert McNee, Over Finlarg, Tealing. 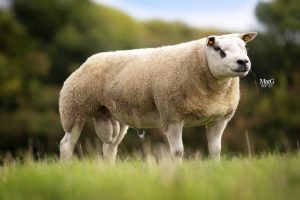 Also in the money for the Ochtermuthill pen when sold to Monzie Farms, Gilmerton, for 2000gns was Ochtermuthill Fruitcake, this time by Clary Dazzler and out of the Clary Warbler-sired Ochtermuthill Bailey. 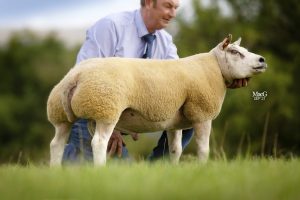 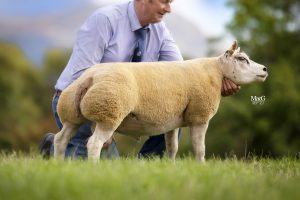 Andrew, from Lochend, Denny, had a great day’s trading and also received 2200gns and 1800gns for two sons of the 10,000gns Gyffin Dexter, and another 1800gns for a son of Matt’s Dare Devil, which all sold to Allan Wright of Doune Farming, West Lundie, Gleneagles. At 2200gns was Mortons Freckle which is out of Tiptop Candy Floss, a daughter of Willy Nine Hundred. 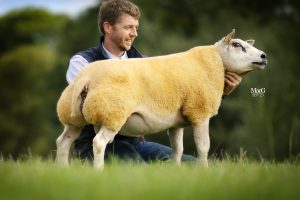 The Champion from the pre-sale show, Ian Reid’s Osprey Flambo from the flock near Methven, Perth, realised 1500gns when sold to the judge, John Guthrie, Cuiltburn, Muthill. His pedigree features Kingledores Commander on to Freckleton Wassail, a Matt’s Times Square daughter.