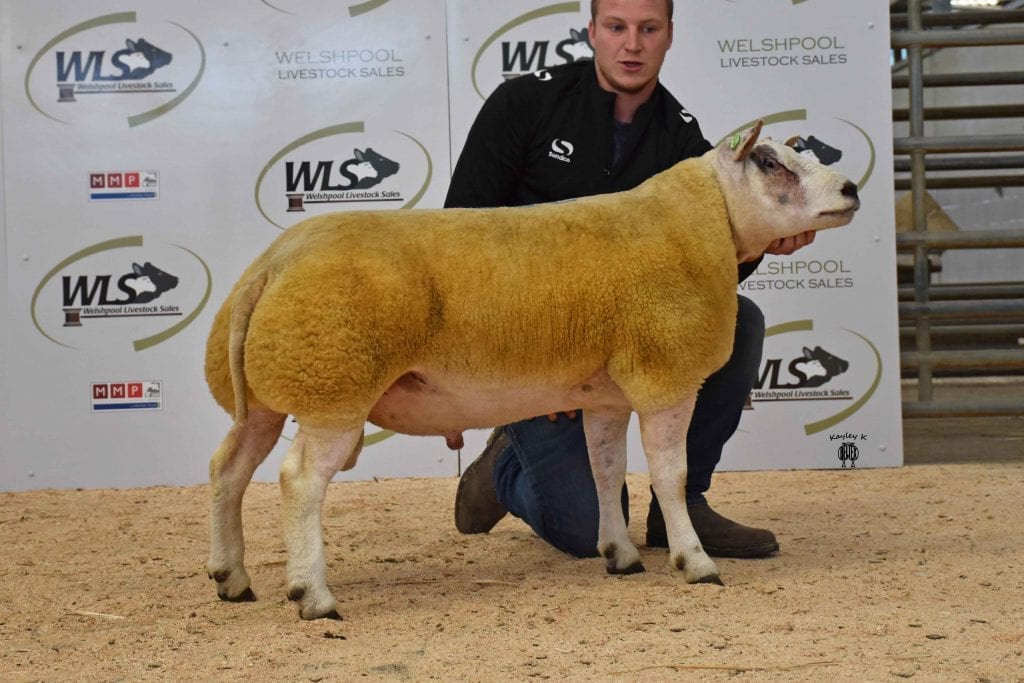 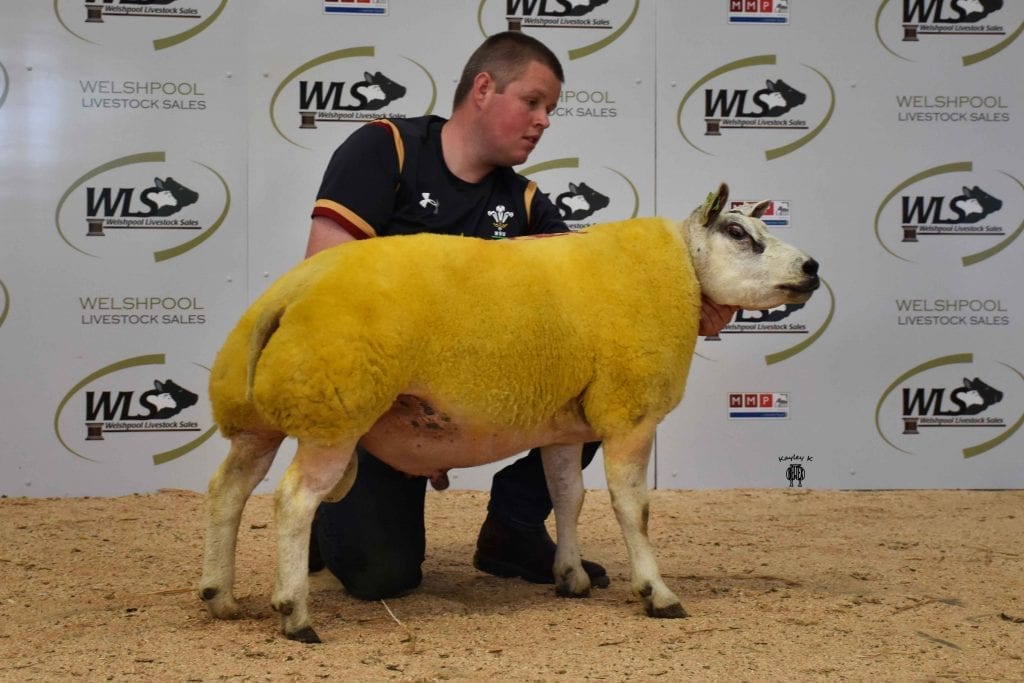 It was the Supreme Champion that led the trade at the Welsh Premier Sale at Welshpool on Wednesday, August 28, when a ram lamb named Swffryd Ego ET from Aled Groucott, Shifnal, Shropshire, sold for the top price of 3,000gns.

Sired by the 65,000gns Airyolland Castro and out of Aled’s champion-breeding Hackney Treacle, Ego is a full brother to the 7,000gns Swffryd Express ET sold at the Carlisle Premier. Backing his decision, judge Jack Buckle, of the Broxty and Buckles flocks near Barras, Kirkby Stephen, bought Ego over the phone with Dafydd Owen, of the Smart Ass flock, Conwy, taking a half share. 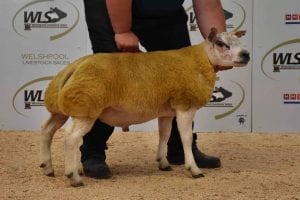 Aled also secured the highest shearling ram price of 2,100gns with another bred from Hackney Treacle in the shape of Swffryd Double Trouble ET, which stood third at the pre-sale show. This time sired by the 60,000gns Topflite Al Pacino, Double Trouble is a full brother to Aled’s supreme champion from the English National Show at the Three Counties and was knocked down to Tomos Evans who will take him to work in his Welsh flock near Llanddarog, Carmarthen.

However, the second top price of 2,600gns was paid for the Female Champion and Reserve Supreme, Hackney Dulce ET from Paul Tippetts, also from Shifnal, which is again sired by Topflite Al Pacino. Selling to Matt Prince for the Stonedge flock near Chesterfield, Derbyshire, Dulce is out of Hackney Beat that, a full sister to Hackney Braveheart.

Aged rams were in demand with Sion Jones’ Reserve Male Champion, a three-shear named Muirton Buchan Loon ET from Pennant, Llanon, was knocked down for 1,800gns to Sioned Bebb of the Bebbs flock near Llanwddyn, Oswestry. Bought at the Carlisle Premier in 2017, he is by an imported Dean V/H Vrijbos ram and out of Woodies Rearend.

Sion also sold his Fronarth Dancing Queen ET for 1,100gns to TP and MA Roberts, Tynygroes, Powys. Sired by the imported Double O Seven, this shearling ram is out of Cerin Aelwen.

Michael and Heulwen Owens, from Pontsian, Llandysul, sold their Glantre Discovery for 1,600gns to RB Eyre of the Abney flock near Hathersage, Hope Valley. This fifth prize winner is by Ardstewart Aragon and out of Glantre Alesha.

A few lots later, the Owens sold another by Ardstewart Aragon, Glantre Danny Boy, to H and E Powell, Rhayader, Powys, for 1,000gns.

Two from Dafydd Owen’s Dysynni flock from Aberhafesp, Newtown, were in the money when Dysynni Dorian sold for 1,550gns and Dysynni Derwyn made 1,400gns. Also selling to H and E Powell, Dorian is by Dysynni Best and out of Dysynni Alana while Derwyn’s pedigree features Ardstewart Ben Hur on to Dysynni Beloved and he sold to E Jones, Machynlleth, Powys.

Rob and Sheila Rattray saw their Rattray’s Dynamite from near Aberystwyth, make 1,300gns and Rattray’s Defender sell for 1,100gns. Dynamite, by a V/H Vrijbos sire and out of Rattray’s Wilhelmena Korenhof, was knocked down to R and KWA Coney, Lampeter Velfrey, Narberth.

By another import, Van de Witte Hoeve, and out of Rattray’s Tagliatelle, Defender sold to DG and EM Clarke, Carno, Caerws, Newtown.

Smart Ass Dragon from Dafydd Owen, Rowen, Conwy, made 1,200gns when snapped up by E Jones, Cwmann, Lampeter, Dyfedd. This Ardstewart Aristocrat son is out of Smart Ass Barbie.

Among the females, Evan Jones’ fourth prize Merton Hall Dragon’s Breath from Cottenham, Cambridge, sold for the second highest female price of 1,150gns. Selling to Delves and Co, Craven Arms, Shropshire, she is by the home-bred Merton Hall Chief Sitting Bull and out of Merton Hall Breezer.