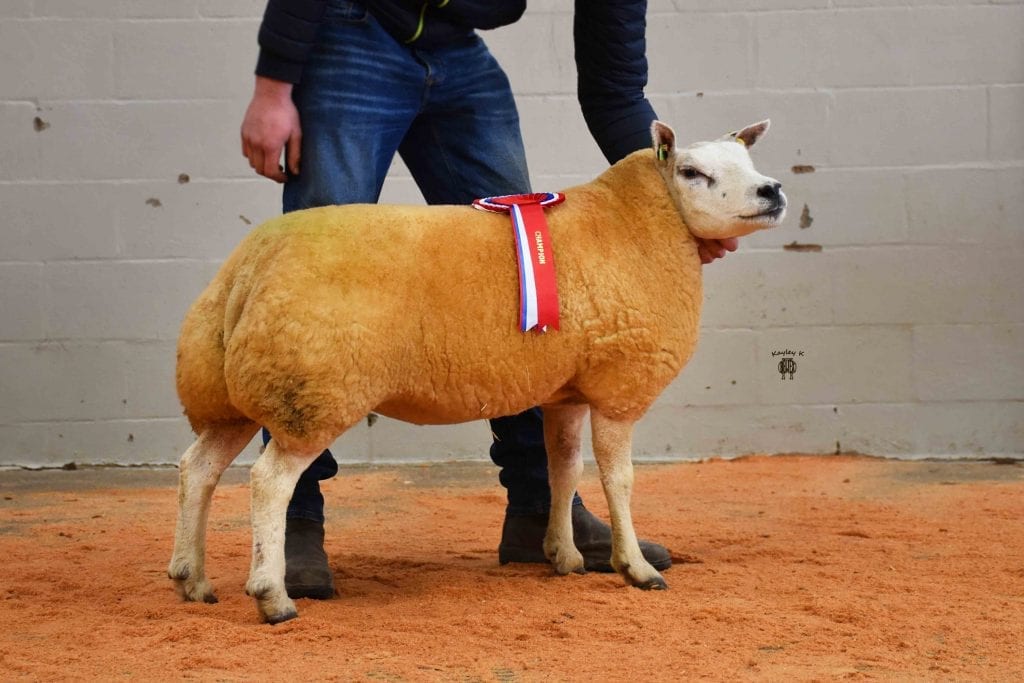 AN aged ewe from Tom Goldsmith and Gemma Saunders secured the reserve championship before selling for the top price of 730gns at the Welsh Beltex Club’s sale of in-lamb females and ewe lambs at Welshpool on Monday, December 2.

That was Muirton Becky ET, a 2016-born entry originally bred by Aberdeenshire’s Jimmy Young but offered for sale by Tom and Gemma, from Hallow, Worcester. Sired by Lugate Arex and out of an imported V/D Laastste Stuiver ewe, she sold to Sioned Bebb of the Bebbs flock near Llanwyddyn, Oswestry, carrying a pair to Langlands Dynamo.

The champion followed next in the trade stakes when Rhys Francis’ shearling ewe, Crew Delilah ET, sold to the judge, Rob Lewis, of the Elan Valley flock, Rhayader, Powys, for 620gns. This Fingle Cardinal daughter from the Crew flock at Aberforlech, Carmarthen, is out of an imported Van Het Elzenhof ewe and changed hands scanned with a pair to the Royal Welsh champion, Scotts Daper.

The only other entry to break the 500gns barrier when sold at that price to H Owen, Llyswen, Brecon, was Fronarth Dakota from Sion Jones, Pennant, Llanon. Scanned with a pair to Swffryd Double Trouble ET, her pedigree features Pantgwyn Wil on to Sinclair Bell.

AT Davies sold his Bryngroes Daisy and Bryngroes Dixi to E Williams, Llangybi, Pwllhelo, Gwynedd, for 420gns and 400gns, respectively. Daisy is by Artnagullion Bushwacker ET while Dixi is by Woodies Bachelor ET.