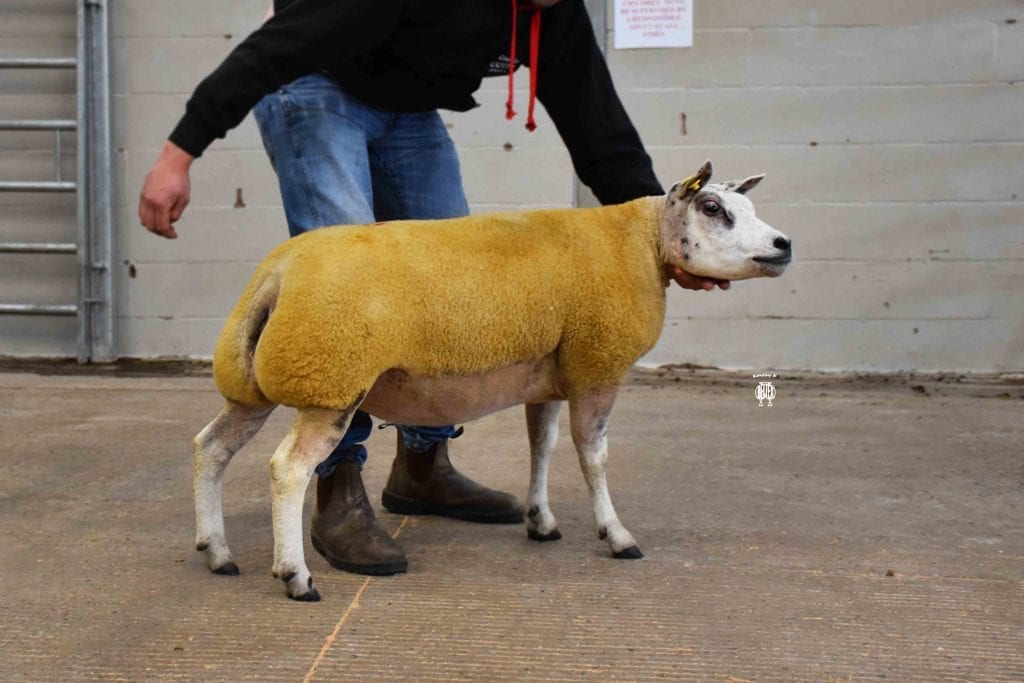 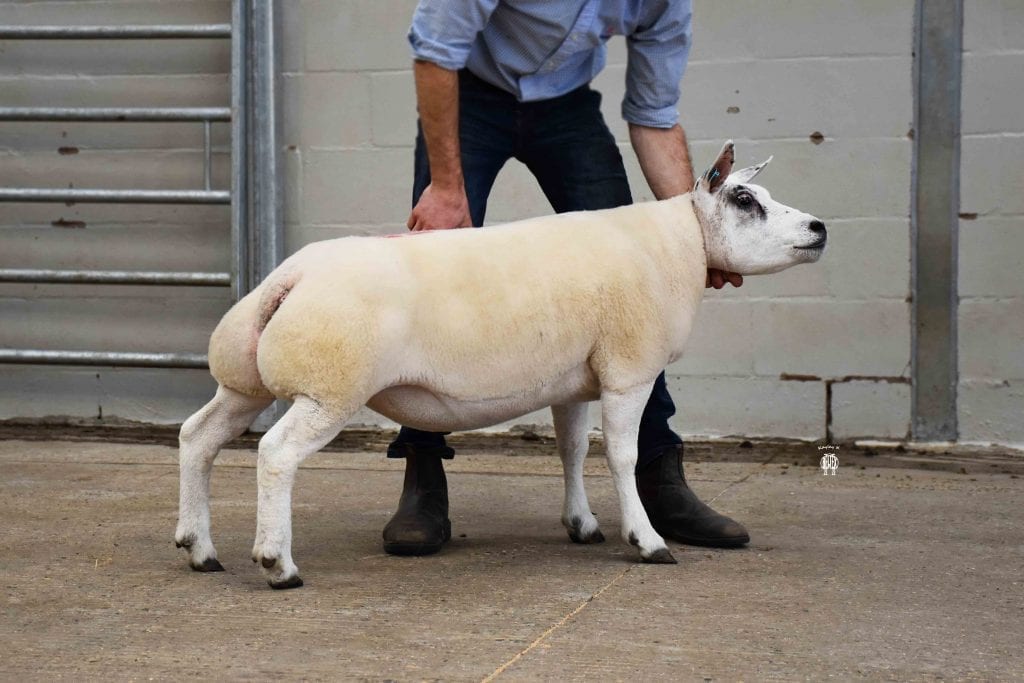 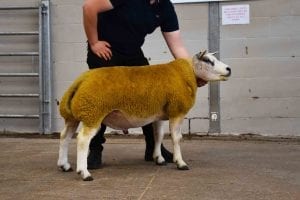 It was a good day’s trading for Sion Jones when an entry from his Fronarth flock from Pennat, Llanon, Aberystwyth, topped the sale at 2500gns with further entries at 1600gns and 1500gns. Sale leader when knocked down to the Society’s veterinary inspector, Neil Laing, for his children, Euan, Fiona and Kirsten’s Perryflatts flock near Lanark, was Fronarth Elton John ET. The embryo-bred son of Padkin Sugar Daddy is out of the Pantgwyn Wil-sired Fronarth Beauty, a consistent breeder and good flusher of which 10 sons were sold between Sion and his brother, Dafydd’s Frongoy flocks at the sale. 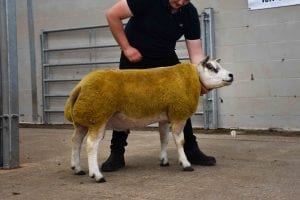 At 1500gns when knocked down to Aled Groucott for his Swffryd flock, Crymlyn, Gwent, was Fronarth Edward ET, a full embryo brother to Emorio Armani. 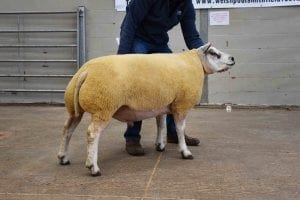 Two matched the second highest price of 2200gns with the first of these being Celyn Echo from brothers-in-law, Anthony Williams and Dafydd Watkins, who run 30 ewes in the Celyn flock at Llywel, Trecastle, Brecon. Achieving their best price to date, Echo is by the privately purchased Whatmore Agent, which was then bought back by his breeders, while his mother is Celyn Amber, by Y Bedol Welsh Lizard. Buying back their genetics, Steven and Sarah Gibbons paid that 2200gns to put him to work in their Whatmore flock near Tregoyd, Brecon.

The Williams and Watkins duo also received 1500gns from RG Dean, Tetchill, Ellesmere, for Celyn Emo, this time being by Freckleton Chippendale and out of Celyn Abra. 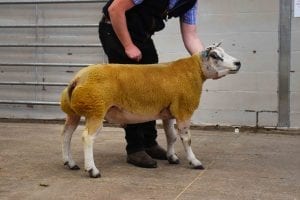 Also hitting the 2200gns mark was Cothi Exhibitor from Dafydd Lewis, Llanwrda, Carmarthenshire, which caught the eye of TE Jenkins who will put him to work in the Banc flock near Aberaeron, Ceredigion. His sire is the 4700gns Aviemore Cicero ram shared with Gethin Mathias of the Buarth flock, while his dam is the Cothi Stripper-sired Cothi Cheecky.

Two followed on at 2000gns, the first of which was another Aviemore Cicero son, this time Buarth Eminem from Gethin Mathias, also Llanwrda. Selling to JP Graham and Son for the Graham’s flock near Wigton, Cumbria, Buarth Eminem’s dam is Cynin White Star, by Airyolland Slingshot. 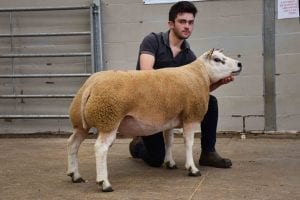 Matching that 2000gns was Geirn Eurion from Cennydd Owen’s 65-ewe flock near Llanerchymedd, Anglesey. This lad by the 2700gns Corra Conrad is out of the Rathbone Wallace-bred Procters Brandy and sold to D Morris, Bangor.

Shortly before, Mathew Jones, Talsarnau, Gwynedd, saw his Glan-Y-Mor Evander go under the hammer at 1900gns. Sired by the imported ram known as Alligator and out of Glan-Y-Mor Becky, a daughter of another imported called The Lad, Evander sold to the Williams and Watkins duo for their Celyn flock.

Dafydd Owen’s Smart Ass Eager ET from Rowen, Conwy, was also in the money when E Jones paid 1750gns to take him to work at Cwmann, Lampeter. An embryo bred from the renowned Glantre Norris daughter, Woodies Rice Crispie, Eager is by Chulsey Gate Chris Brown.

Matching that 1600gns and also selling a further two for 1500gns was Lowri Ann Williams with entries from her Rhyd flock from Cilcennin, Lampeter. Dearest when sold to GL and JS Jones, Cwmann, Lampeter, was Greenvale Elis ET, a Staddlestone Carmichael son bred by Aled Roberts. Bought at Ruthin last year, his dam is Brickrow Winnifred, by Artnagullion Spencer.

Selling to G Jones, Felingwm, Carmarthen, for 1500gns was Rhyd Elvis, a Corra Champion son out of Tiptop Bumpkin, with another Corra Champion son, Rhyd Emperor, out of Rhyd Wendy, selling to SA Cherry, Dolfor, Newton, for that same price. 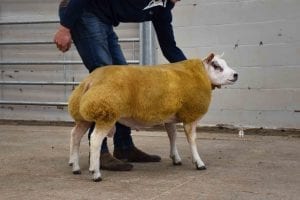 Sticking with the male entry and ram lambs reached 1000gns for Crew Ferrari ET from Rhys Francis, Abergorlech, Carmarthen. Sired by last year’s Royal Welsh Show champion, Scotts Daper, Ferrari is out of an imported ewe from the Van’t Hoveke flock and sold to C Parry for the Hardcore flock, Llanfoed, Beaumaris. 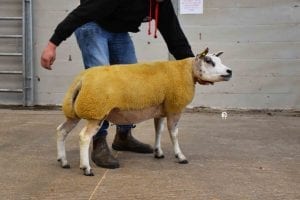 Females peaked at 1600gns for Buarth Ewe Sexy Thing ET from Gethin Mathias, a shearling ewe that picked up the reserve championship at the Beltex Sheep Society’s virtual Royal Welsh Show. Sired by the aforementioned Aviemore Cicero, her dam is the privately purchased Airyolland Tiara, an Airyolland Rocketman daughter. Forking out the cash over the phone was Stuart Wood of the Woodies flock, Aberdeenshire. 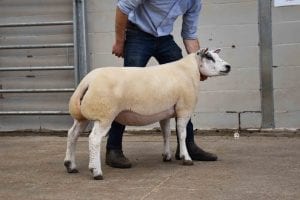 Two shearling ewes from Paull Tippetts sold for 1300gns and 1200gns with the dearest of these being Hackney Eton, a daughter of the 65,000gns Airyolland Castro bred from the Topflite Al Pacino-sired Hackney Crisp. She heads to Llangybi, Pwllheli, Gwynedd, with E Williams. 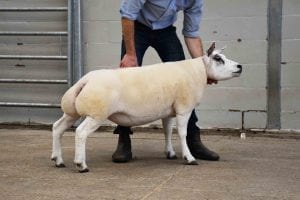 Making 1200gns for the Shifnal, Shropshire-based flock when knocked down to Dafydd Owen, Smart Ass, was Hackney Easy On The Eye ET. Out of another Al Pacino daughter in the shape of Hackney Charity, she is by Kingledores Braveheart.