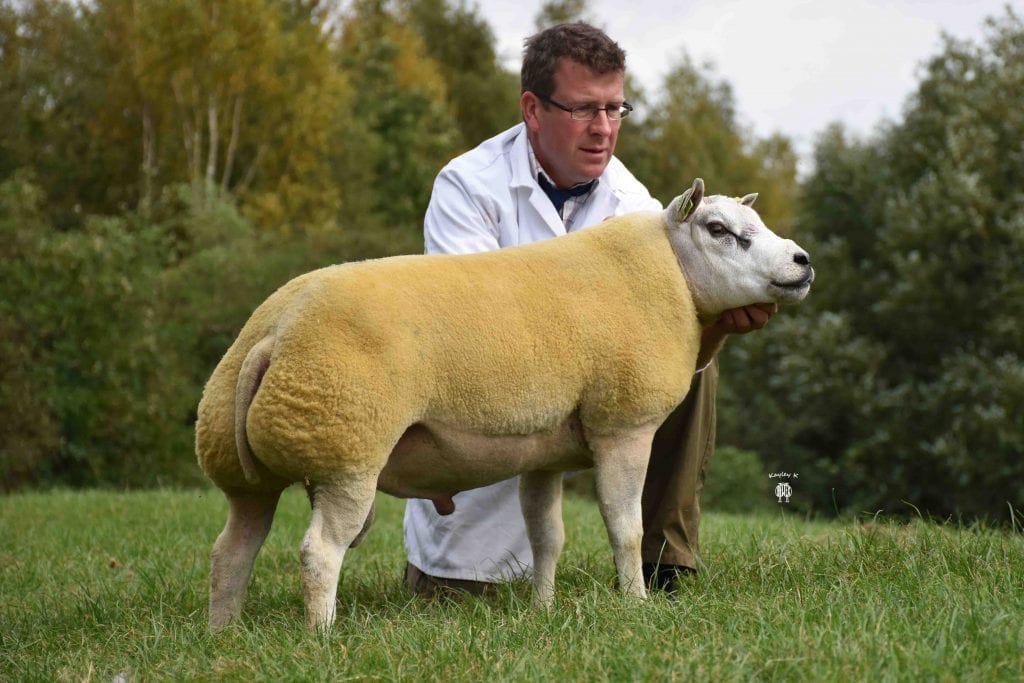 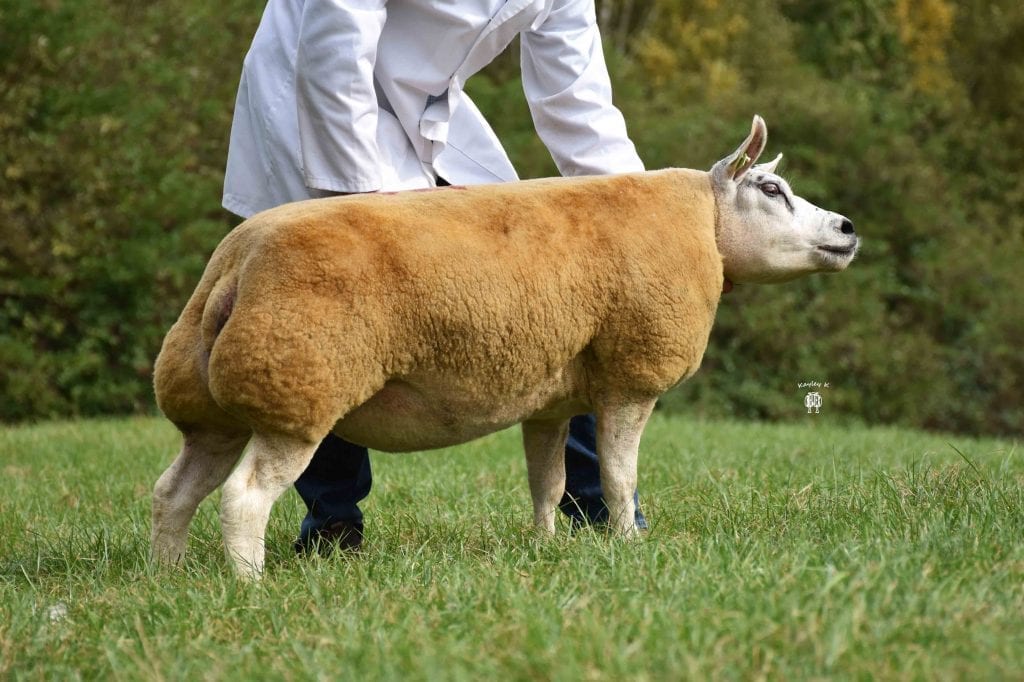 The Supreme Champion, Paul Tippett’s shearling ewe named Hackney Daytoday, led the trade at Worcester when she was knocked down for 1,500gns at a sale where averages, for the most part, improved on the year although 20 fewer animals changed hands.

Picked out by Stuart Clatworthy of the Huntspill Flock in Somerset, who said she displayed tremendous width and depth and caught his eye as soon as he saw her, Daytoday is a naturally-born daughter of Paul’s prolific Scooby Doo daughter, Hackney Wow, while her sire is the 60,000gns Topflite Al Pacino. Daytoday joins Robert Pritchard’s Bluestone flock on Drury Lane, Redparley, Gloucestershire.

Mr Tippetts, from Shifnal, Shropshire, sold another Al Pacino daughter, this time the Reserve Female Champion, Hackney Dream Weaver ET, for 550gns to the judge, Stuart Clatworthy. She is out of Hackney Beat That.

The second highest price of 1,000gns was paid for the Male and Reserve Supreme Champion, Dooley Demetrius from David Thornley, Hartshorne, Swadlincote. He is by the 6,500gns Clary Banter bought when he stood Champion at Carlisle, while his dam is Dooley Boo, by an imported V/D Harlembois ram. Demetrius sold to Evan Jones of the Merton Hall flock near Cottenham, Cambridgeshire.

Three shearling rams from Angus Mutch, New Yatt, Witney, were next in the trade stakes with two at 740gns and another at 720gns. First to sell at 740gns was Bailey Brook Dubliner ET, a Hackney Cocky son originally bred by Dermot Costelloe out of Bailey Brook Alice. He heads to work near Glewstone, Ross-on-Wye, for S Madeley.

Matching that when sold locally to BJ & SM Powell, Bournes Green, Kidderminster, was Health Holm Destroyer, this time by Wilodge BBF and out of a Charndon ewe.

Hitting the 640gns mark was Louise Elworthy’s shearling ewe, Fingle Daydream, which also sold to Mr Jones’ Merton Hall flock. Out of Teign Valley Toothpaste from the flock at Crockernwell, Exeter, she is by Kingledores Alfred.

The other entry to break the 500gns barrier to sell at that price to Chayce Parslow, Bromsberrow, Herefordshire, was an imported aged ram from M Friend and E Carr, Hay Hill, Ham, Deal, Kent. Their two-shear Van de Witte Hoeve ram was bred by Kristof Schillewaert.