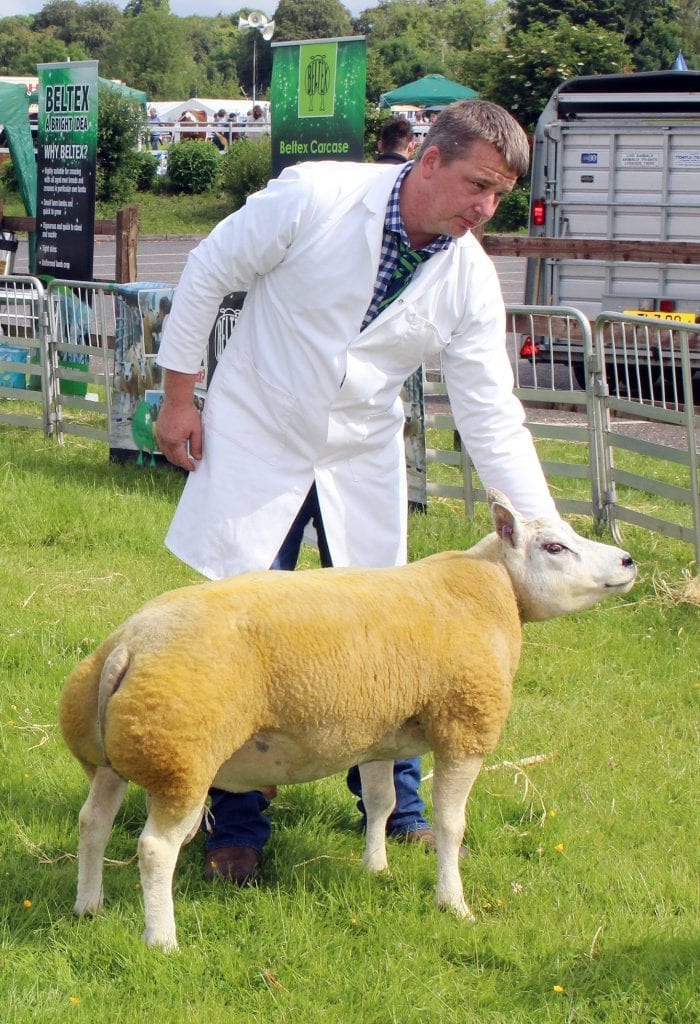 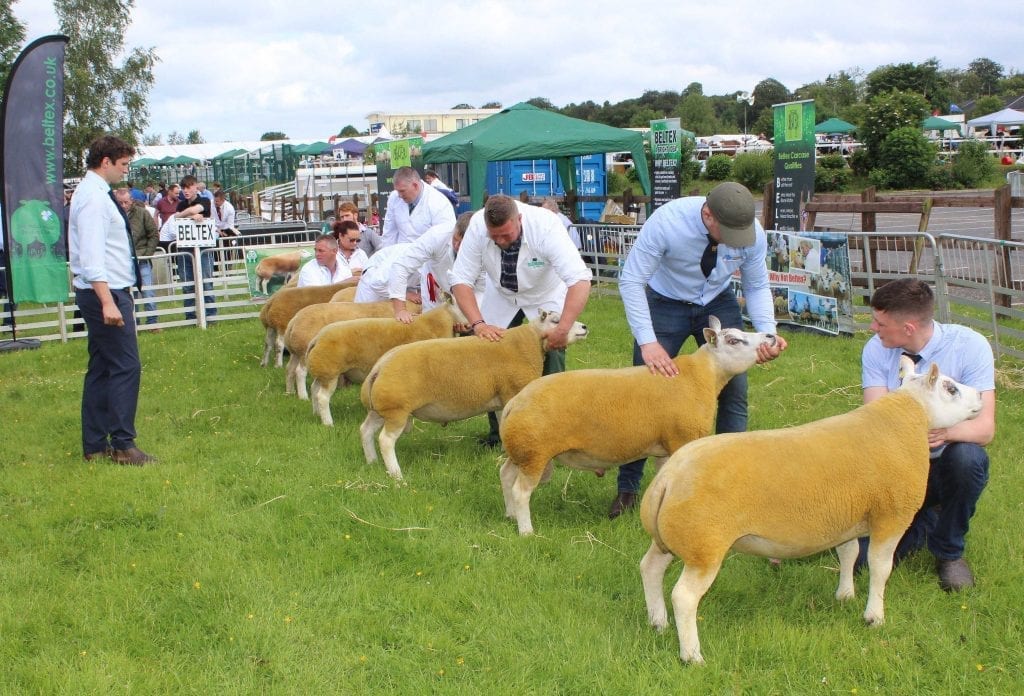 The Supreme Champion ewe, sired by Ardstewart Armani and out of Artnagullion Willa, a home-bred ewe, went on to lift the Inter-breed Championship title at Omagh Show and was one of Elizabeth McAllister’s Group of Three that also took Inter-breed honours.

Elizabeth had further success with her shearling ram, Artnagullion Domino, which won its class and went on to be named Male Champion. Sired by Tercrosset Blaze, his dam is Artnagullion Winner ET, an Irish National winner back in 2015.

The ewe lamb class born on or after 1st March 2019 was won by Andrew McCutcheon from Trillick. His Bodoney El Dorado ET went on to be named Champion Ewe Lamb.

Judging was carried out by Andrew Dunlop of the Broughton Flock, Biggar, Lanarkshire, who was very impressed with the overall standard right across the board.

Commenting on his choice of Supreme Champion, Andrew said: “The ewe was a fantastic example of a Beltex, she was very correct, with terrific carcase conformation and adding that to her lovely presence in the ring made her a stand-out winner for me.

“Then for her to go on and win the Inter-breed, as well as being part of the winning Inter-breed group, was a fantastic result for our Beltex breed.

“The Reserve Champion was the winning gimmer in a very strong class. She was a real deep bodied, great handling girl, again with a lovely show presence.

“It was a real pleasure to judge the Irish National Show and I would also like to take this opportunity to thank the Tyrone Farming Society for their first class hospitality.”