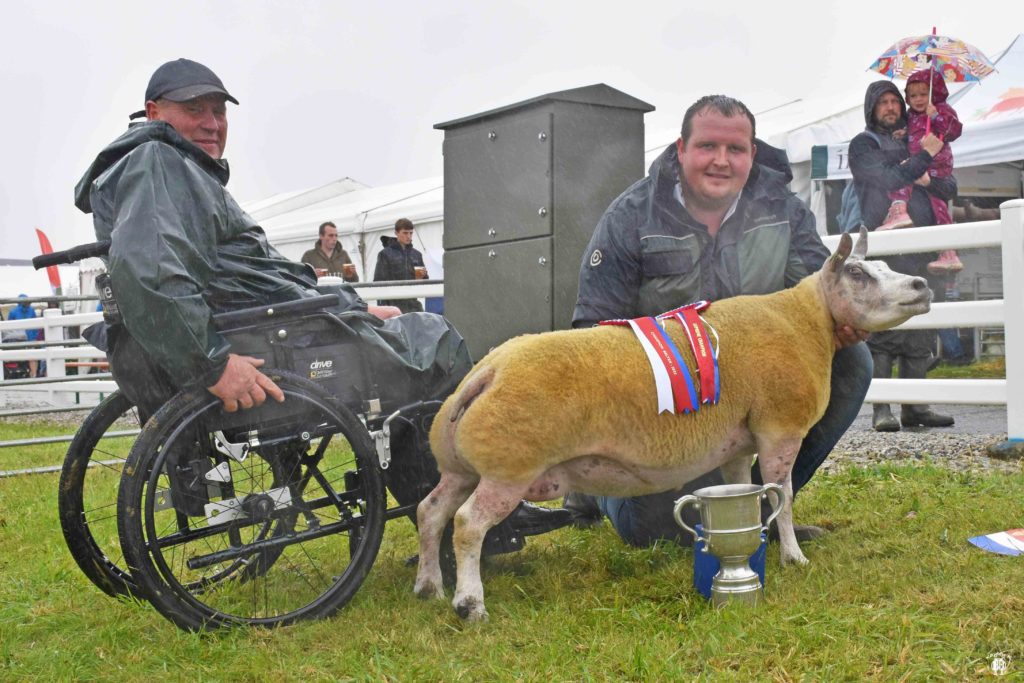 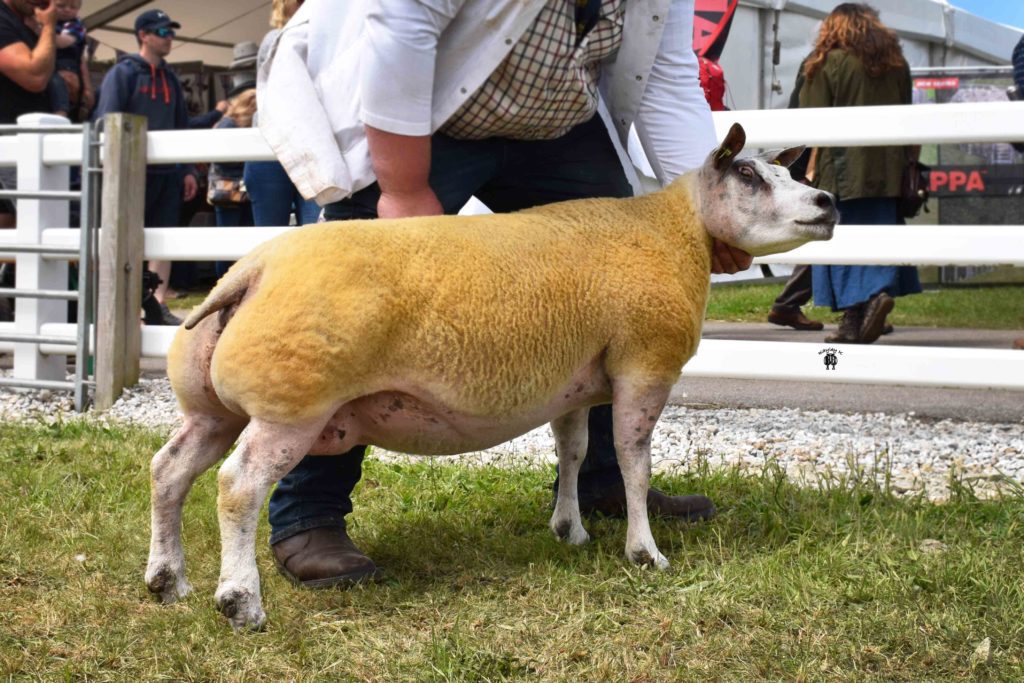 Fresh from her Championship win at Bath and West Show the previous week, Aled Groucott’s aged ewe named Swffryd Diamante was on winning form at the Royal Cornwall Show on Thursday, 9 June, to claim the Female and Supreme Champion tickets.

Picked out by judge, Jock McMillan, of the Clary Flock near Newton Stewart, Dumfriesshire, and admired for her power, stretch and style, Diamante’s breeding needs no introduction being by the 60,000gns former record holder, Topflite Al Pacino, and out of Aled’s noted brood ewe, the Ryder Rooney-sired Hackney Treacle from his flock near Crumlin, Gwent.

It was a good day for mother and daughter team, Sandra and Amy Payne, who won four of the six classes as well as the Reserve Supreme honours with their aged ram, Beckbred Flyer ET, the senior stock ram in their Windsor Flock near Newquay. Sired by Balbrydie Winston, he is out of the Glenkeen Kerney-sired Hackney Missie.

Flyer’s ram lamb son, Windsor Hill Billy, went on to stand Reserve Male. His dam is the Lamberhurst Ally-sired Windsor Diva. In a clean sweep of the male section, the Paynes won the shearling ram class with Windsor Giggle, by Windsor Ellis, and added to their haul with the first prize ewe lamb, the Hackney Fastrac-sired Windsor Hawaii.

Securing the Reserve Female title was Charlotte Lockyer’s Look About Grace, a shearling ewe by Beckbred Call on Me out of the Munch Cash Back-sired Look About Emerald.