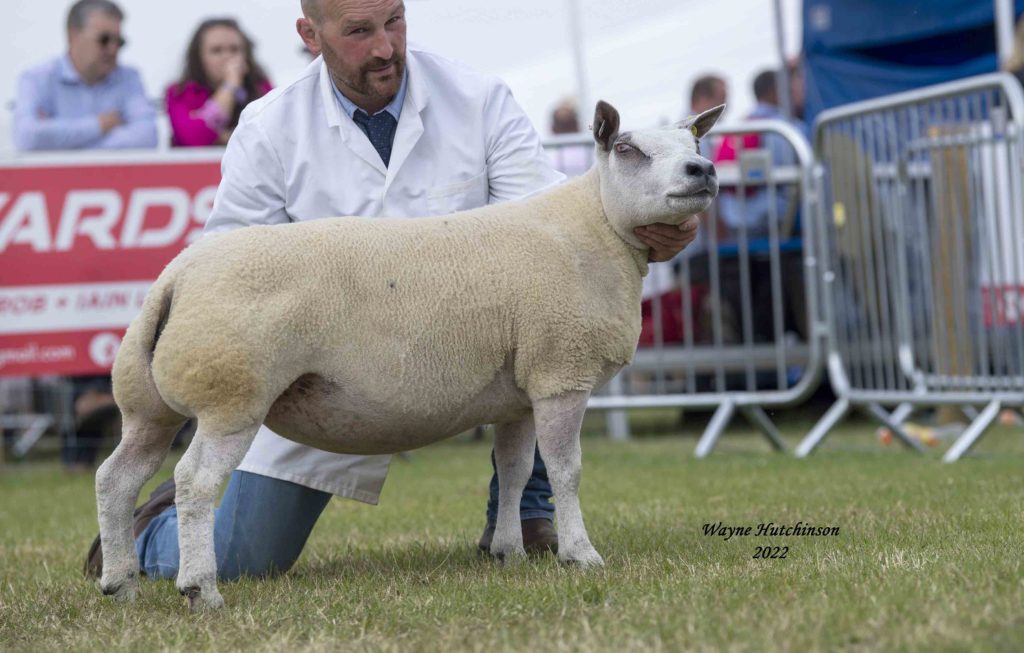 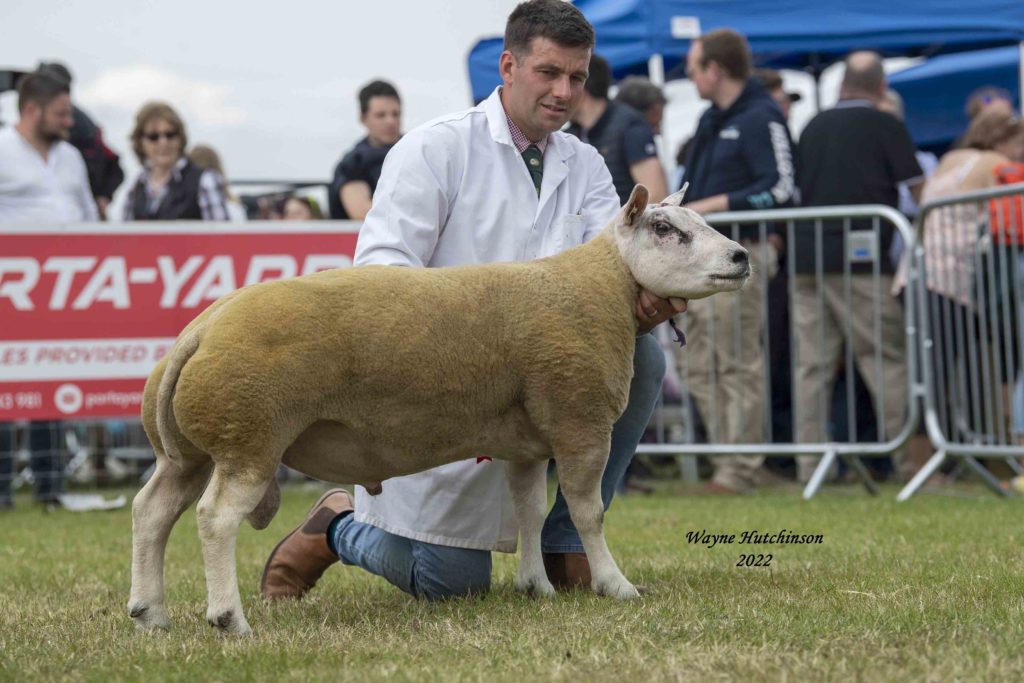 Picked out by judge, David Thornley, of the Dooley Flock, having previously stood Champion at Lesmahagow earlier in the month, her pedigree features Ryder Dick Turpin on to the College Awesome-sired Kingledores Bessy which goes back to the noted Kingledores Pearl.

In Reserve was the Male Champion, Paul Tippetts’ Hackney Gladiator ET, shown on his debut by Will Price. Bred from the former Inter-breed Champion at the Great Yorkshire Show, the Kingledores Braveheart-sired Hackney Cancan, Gladiator is by Lakeview Doozer.

Achieving a best result at the Highland for Graham and Fiona Burke was the Reserve Female, Pentland Harmony ET, which is by Ainstable Factorial and out of the Clary Desperado daughter, Pentland Fab-ewe-lous.

The Hackney Cancan ewe also bred the Reserve Male, Alan Miller’s Lurg High Hopes ET, which was bought as an embryo at Paul and Christine Tippetts’ production sale. His sire is the 30,000gns Buckles Dark Dawn.

Winning the Group of Three class was a trio from Nick Gill and Kayley Kennedy.