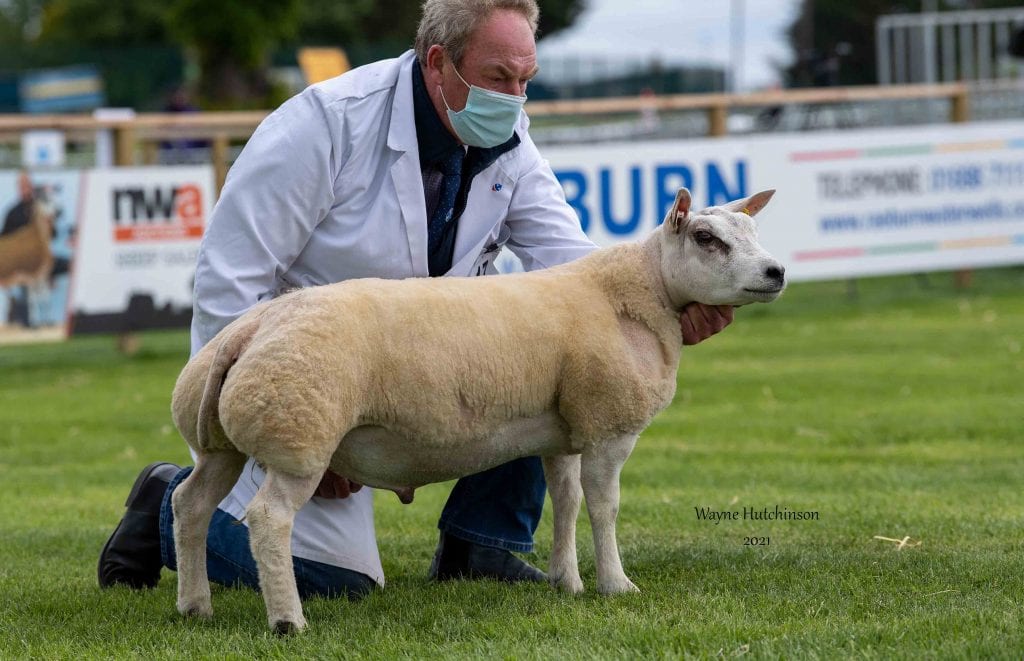 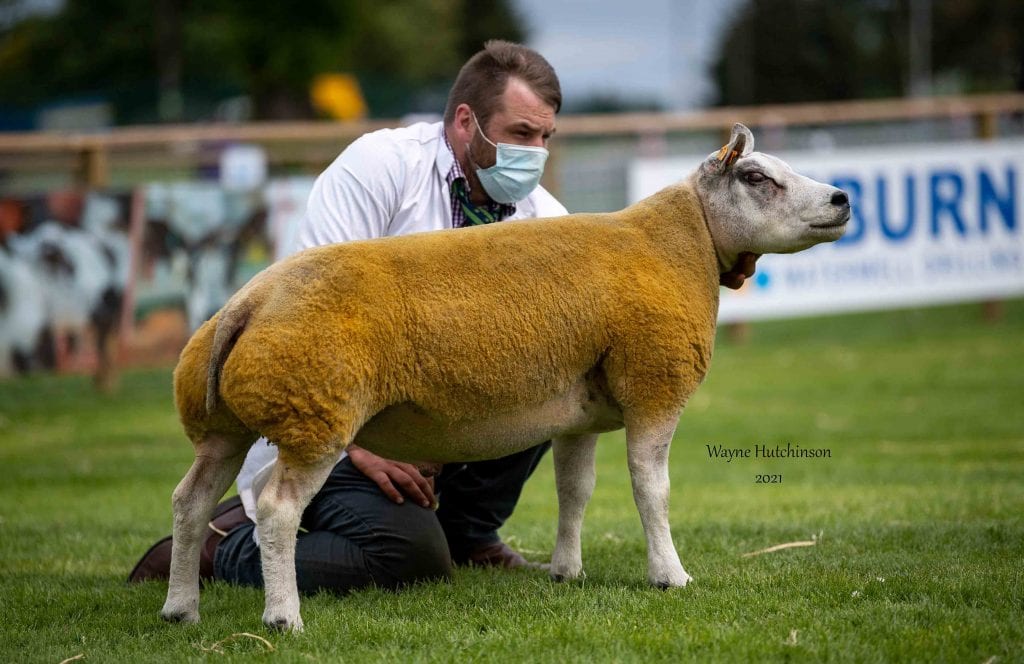 A last-minute substitute to the Lurg show team turned out to be a good decision when Alan Miller’s shearling ewe, Lurg Fern ET, stood Female and Supreme Champion at the Royal Highland Showcase on Monday, 14 June.

Numbers forward for judging may have been around a quarter of the usual entries at the Royal Highland Show, but that certainly didn’t mean the quality wasn’t there with some strong entries throughout the classes, as highlighted by the judge, Alasdair MacLean from the Tiree Flock on the Hebridean island.

“There was excellent quality in every class, the sheep were a real credit to the exhibitors and it was great to see sheep back in the show ring,” said Mr MacLean. 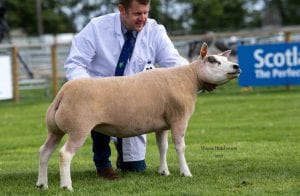 The Champion came from the 10-strong shearling ewe class in the shape of Lurg Fern ET, the result of a flush between Bailey Brook Chief and Woodies Classy Girl which was in fact the very first Beltex bought by Alan and his daughter, Ellie, to form the foundations of their Aberdeenshire flock which now numbers 20 ewes and a further three in Ellie’s own flock. That Classy Girl, bought for 2000gns at the 2018 Beltex Beauties sale, has since bred daughters to 5000gns for Lurg Ella and sons to 2500gns for Lurg Elmo.

Commenting on his Champion, Alasdair said: “The gimmer was a very correct and well-balanced sheep, and full of breed character.” 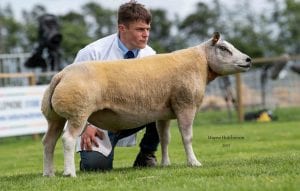 Taking the Reserve Supreme title was the Male Champion, Jane Campbell’s Clary Fork Out ET, a shearling ram brought out by son, Ross. This lad, which was bought for a mere 1400gns from Jock McMillan at last year’s Premier Sale at Carlisle, is by the noted Smart Ass Dark Horse and out of Jock’s 2019 Royal Highland Show winner, Clary Delight.

“The shearling was a strong, powerful tup with a great shoulder and loin, good gigots and a breedy head,” said Alasdair of the Reserve.

There were further celebrations for the top two prize winners when Lurg Fern ET and Clary Fork Out ET went on to stand Reserve Champion in the Inter-breed Pairs competition.

In both the Male and Female sections, the second prize shearlings followed the class winners through to stand Reserve. Among the Females it was Andrew Morton and daughter, Kirsty’s Mortons Floss ET which claimed the honours. She is by the 10,000gns Gyffin Dexter shared with the Buckles Flock, while her dam is Mortons Alice.

And among the males, a full brother to Clary Fork Out ET in the shape of Ali Jackson’s Clary Fly-Guy ET stood Reserve. Aged by Dark Horse and out of Delight, Fly-Guy was bought at Lanark as a lamb for 1100gns.

Elsewhere, the Millers won the aged ram class with their 16,000gns Woodies Explosive bought at last year’s Premier Sale with the Mortons standing at the top of the ram lamb class with Mortons Gambler ET.