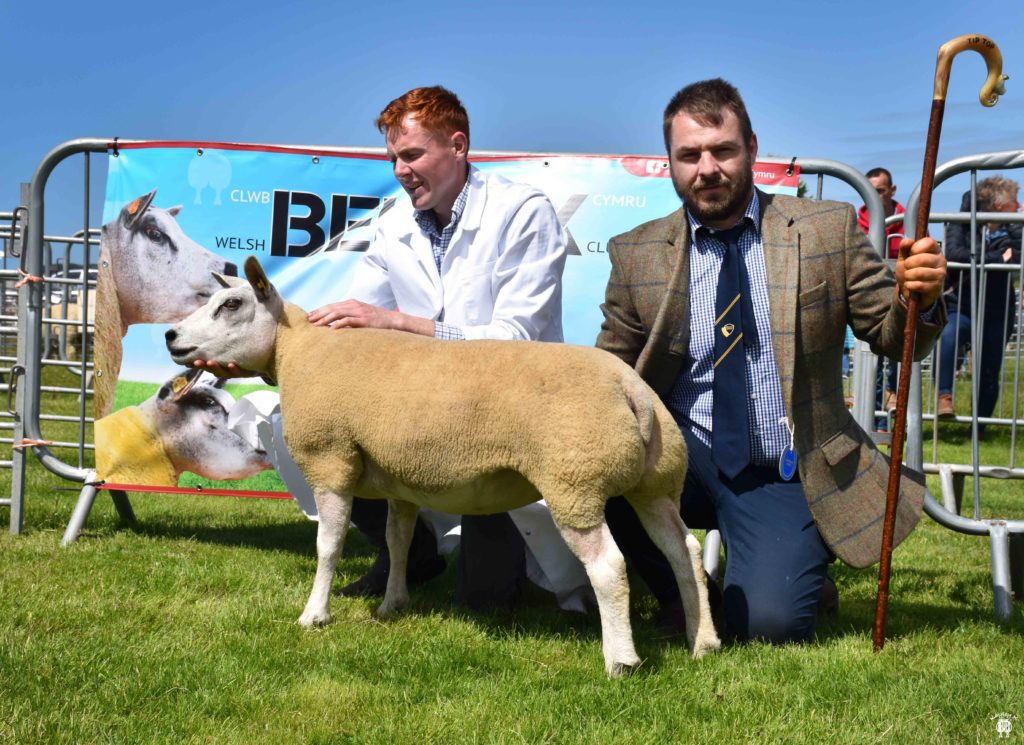 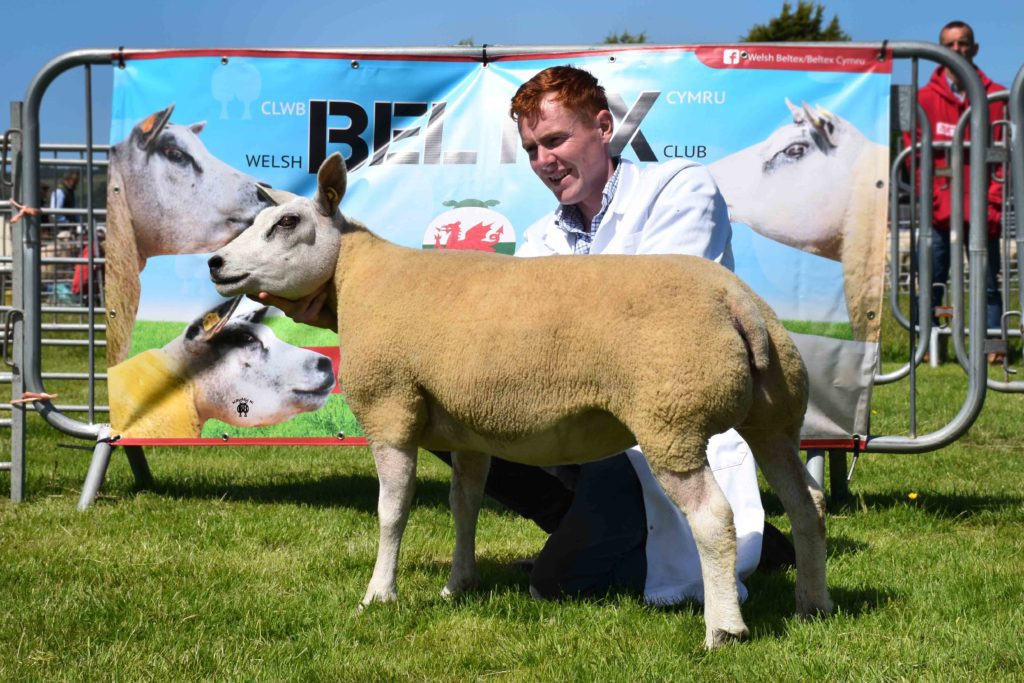 It was a good day for Dafydd Owen at the Welsh National Show of Beltex held at Aberystwyth and Ceredigion Show on Saturday, 11 June, when he secured both the Supreme Champion and Reserve rosettes with home-bred females.

Placing the entries was Ali Jackson, of the Tiptop Flock near Annan, who commended the winning shearling ewe on her correctness and power. That was Smart Ass Gorj ET, a daughter of the Clary Dumfries ram shared between several Welsh breeders, and bred from the Ardstewart Aristocrat-sired Smart Ass Delilah.

Landing the Reserve ticket was Dafydd’s ewe lamb, Smart Ass Her Majesty ET, which features some different breeding being by Wannop’s Finger Licken’ and out of Hackney Easy on the Eye, a Kingledores Braveheart daughter.